Friday, 20 May 2005
[This entry originally posted on How To Get Lost: Crossing the Russia - Mongolia border by train.]

We took Train 364 (formerly 264) from Ulan Ude to Ulaan Baatar. (The train itself runs Irkutsk to UB.) As we would find out, the whole train doesn’t go to Mongolia — only the cars that contain passengers going to Mongolia. We found this out when we got to the Naushki station, on the Russian/Mongolian border.

The Russians started shunting our car around. I think this was mostly to kill time. Why else would they continually back up, go forward, back up, go forward, and so forth for about an hour? Incidentally, Russian cars (as Amy and I decided) are not built for the harsh conditions of operation in Russia. They’re built to withstand the abuse from the engineers. I thought they were going to shake the whole car apart!

We finally ended up, alone, completely separate from the rest of the train: 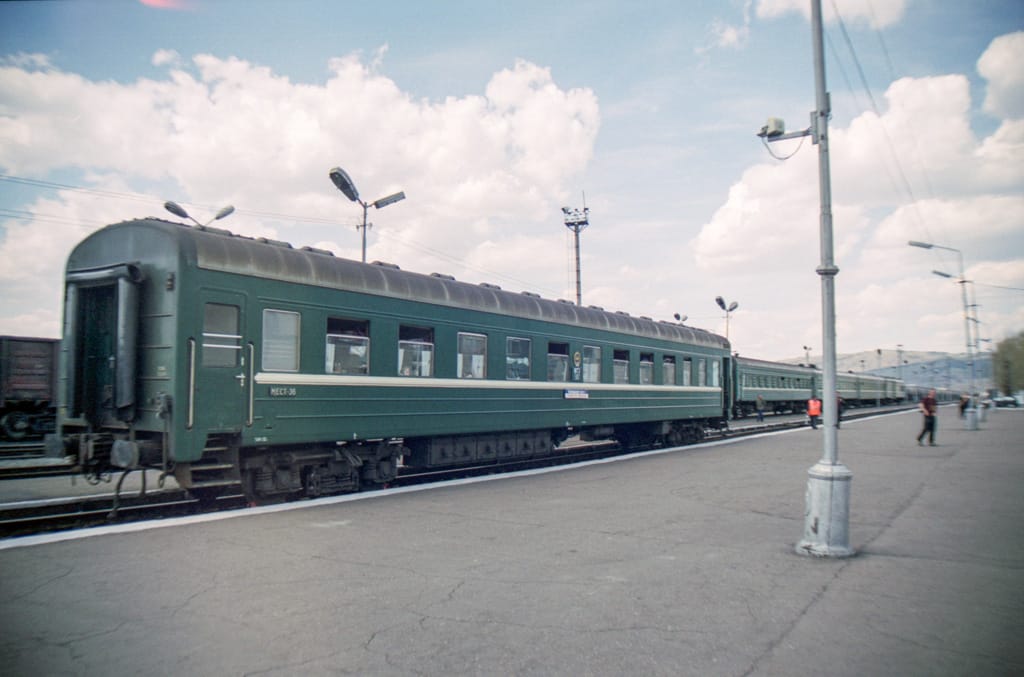 As we would also decide later, this was because our car was the only one going to Mongolia. The other cars were part of the train that terminated at Naushki, and would return to Irkutsk with new passengers. 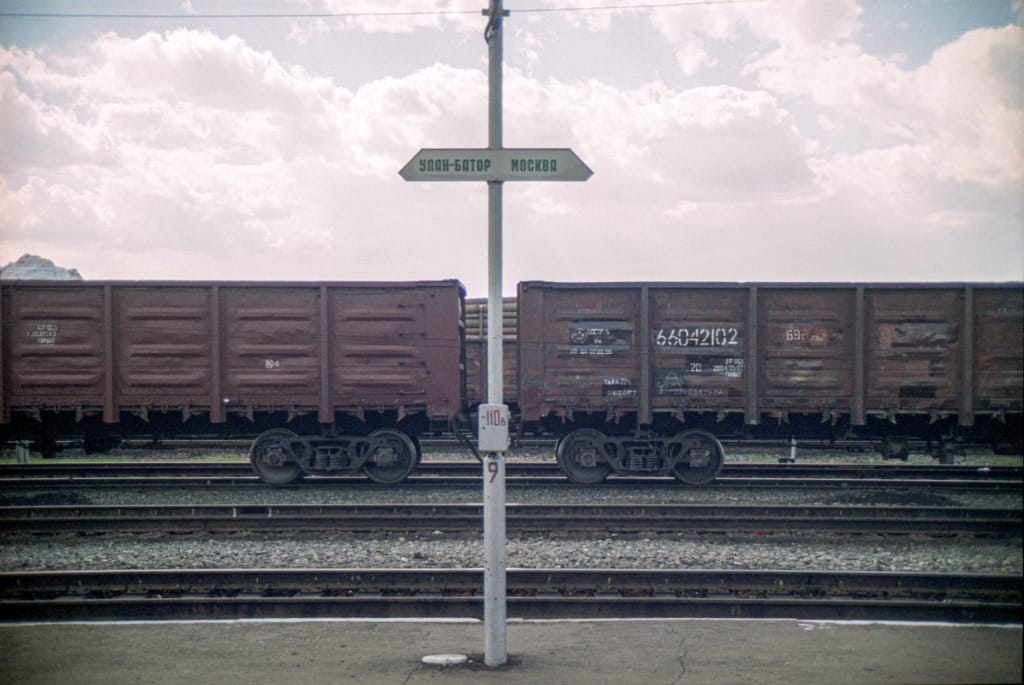 And so began our wait. And wait we did. It would be a few hours before we saw anyone official-like board our train. At first, it was just someone to check our passports and make sure they were in order. That was a quick check. It was easily two more hours past that before the real officials came out. (When they did, soliders closed down the platform — you couldn’t go out there until you were supposed to be out there.) While we waited, we amused ourselves by watching a pile driver: Yes, we were that bored.

With the final forms filled out (the exit customs form) and our passports, stamped, we resumed our waiting.

Six hours after we got there, we finally left, a single car towed by a lonely diesel locomotive out to Sukhbaatar, 21 kilometres inside the Mongolian border. 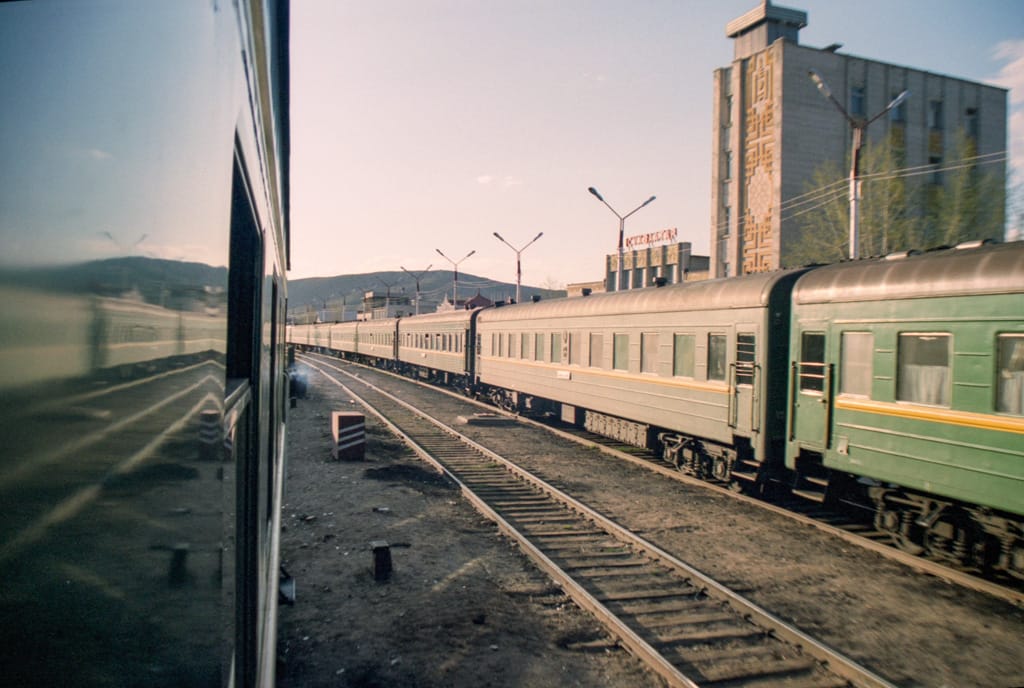 To wait some more.

After a couple of hours, the Mongolians started to let us in. This involved three forms (entry/exit form, health form, and customs form). After the health form was signed, we got scammed into US$10 health insurance. I’ve heard this is bogus, but we were too tired to care at that point. In between the official stamping of passports, we received a barrage of people who wanted to exchange our rubles for togrogs — which we’d already done in Naushki. They kept at is, the same people asking many times, despite us saying (more and more loudly every time) that we have none!

Finally, passports stamped (using their hands as the table for stamping, despite one being in the cabin), we finally left Sukhbaatar for Ulaan Baatar. 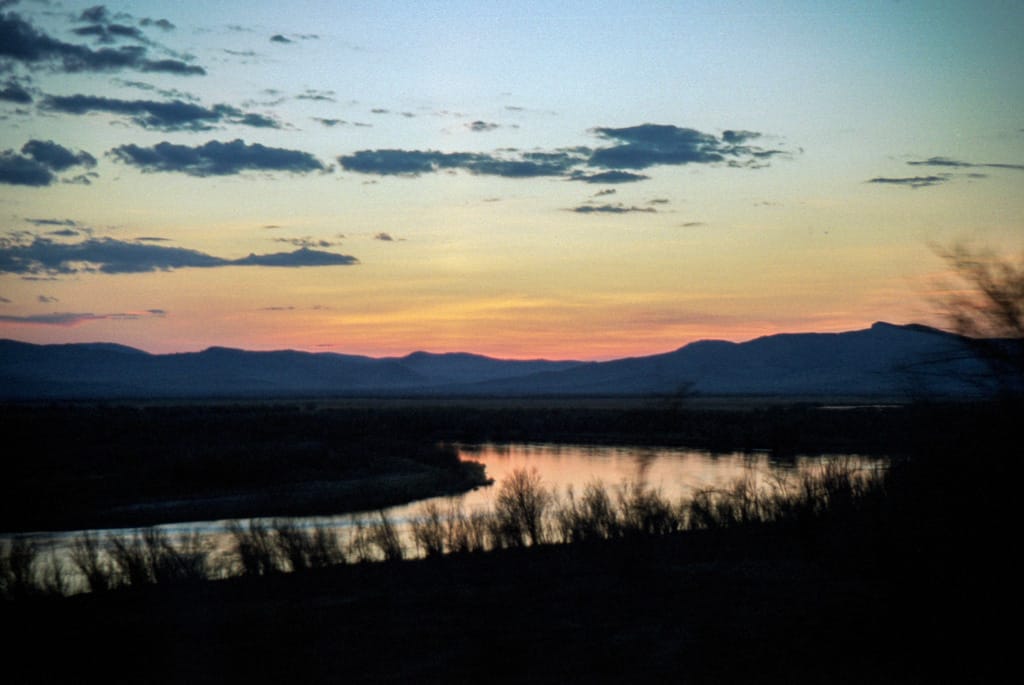 Luckily, mostly done during the day. The other way, I gather it’s mostly at night. Ugh!