Friday, 20 May 2005
[This entry originally posted on How To Get Lost: A little scoot around Ulaan Baatar.]

We arrived early this morning. We were up by 5:00, but only arrived an hour later or so. After a sort-of-nap (couldn’t sleep), we were picked up by our guide (again; she’d also taken us to the hotel from the station) and shown around the city. 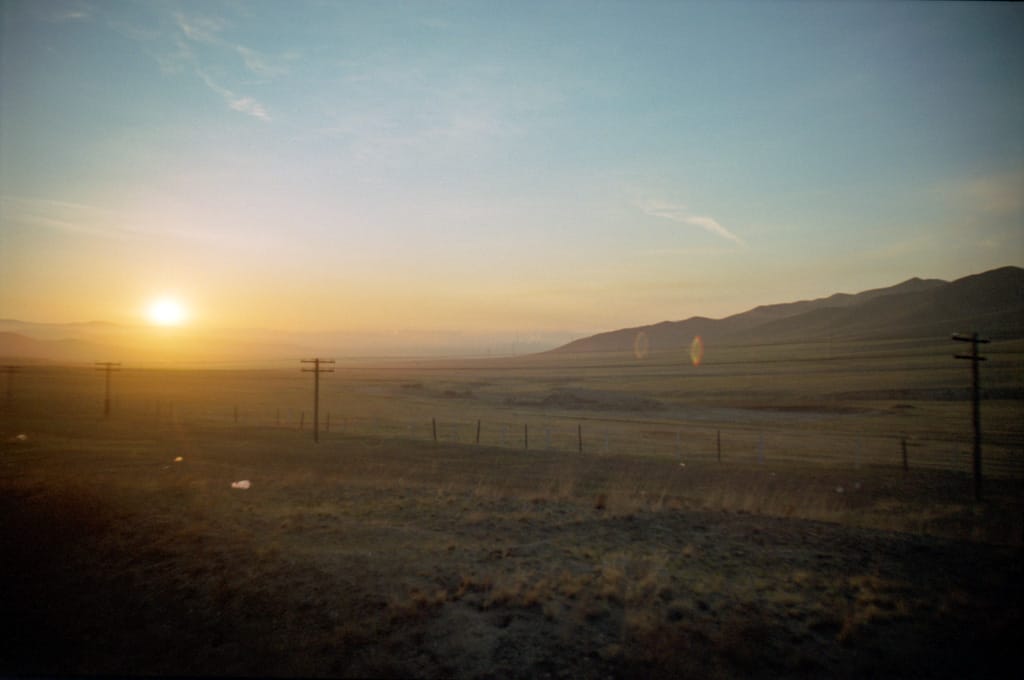 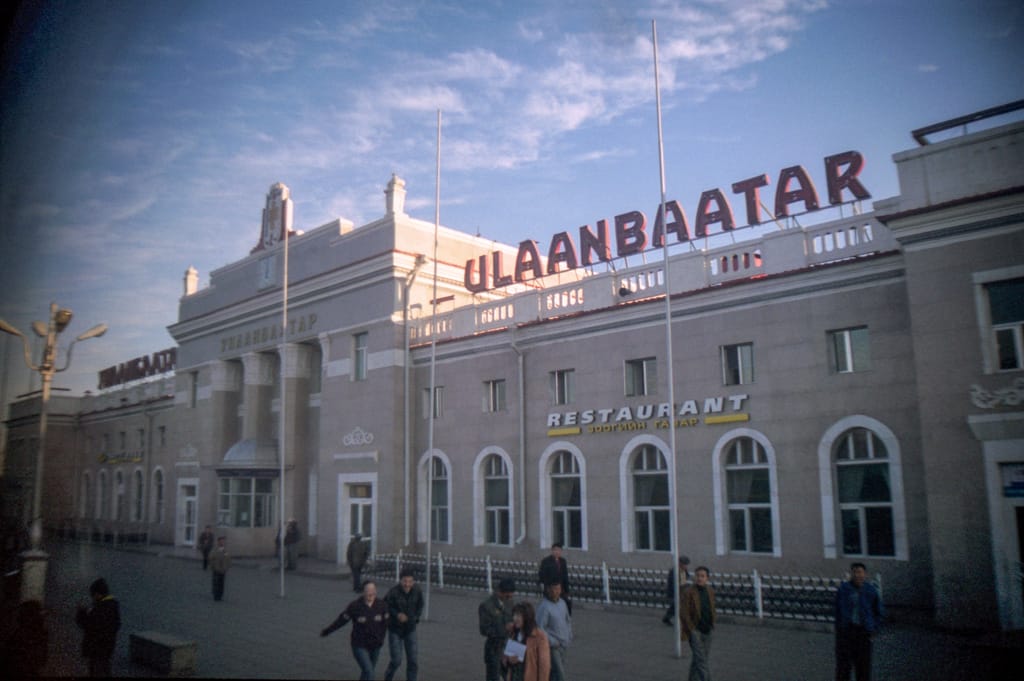 First up was Sukhbaatar Square — a large open area in front of the Mongolian Parliment. It’s sort of like Red Square, but is named after a man who is credited with being the hero of Mongolia, who led the armies who finally pushed China out of "outer Mongolia" and declared an independant Mongolia. He died mysteriously (insert obligatory conspiracy theory here) and is buried at the north end of the square in a mausoleum. Unlike Lenin and Mao, however, you can’t get in to see him. 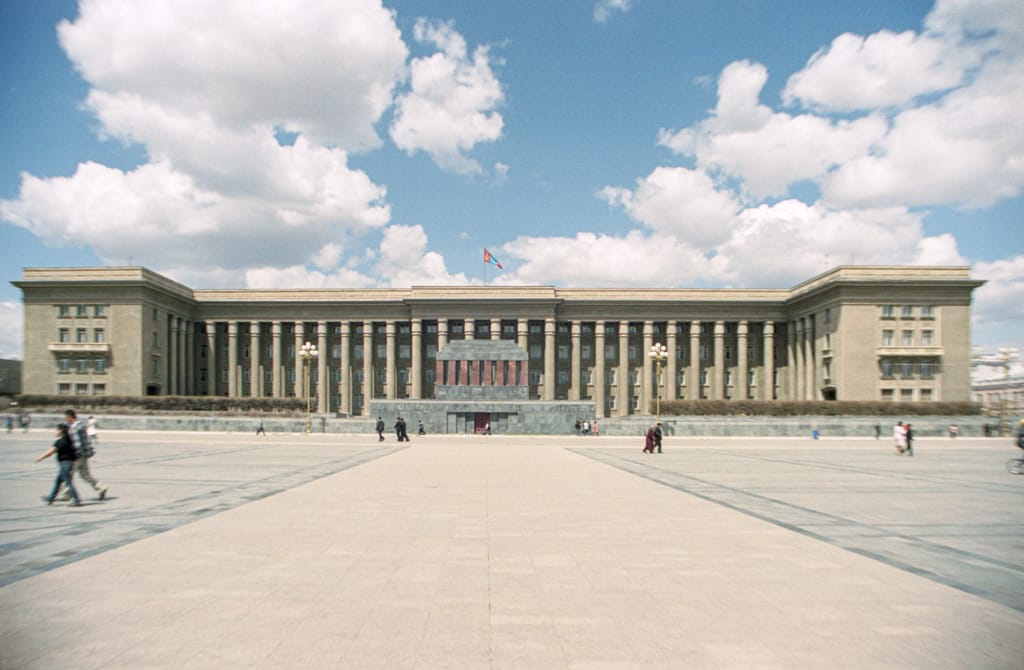 Then it was over to the Gandantegchinlen Monastery, the largest in Mongolia and also the main one. It’s relatively old, though a lot of it (like most of the monasteries in Mongolia) were ransacked by the Soviets under the guise of socialism. There’s an 80-metre statue in the largest building in the complex to replace the one the Soviets stole and melted down into bullets. 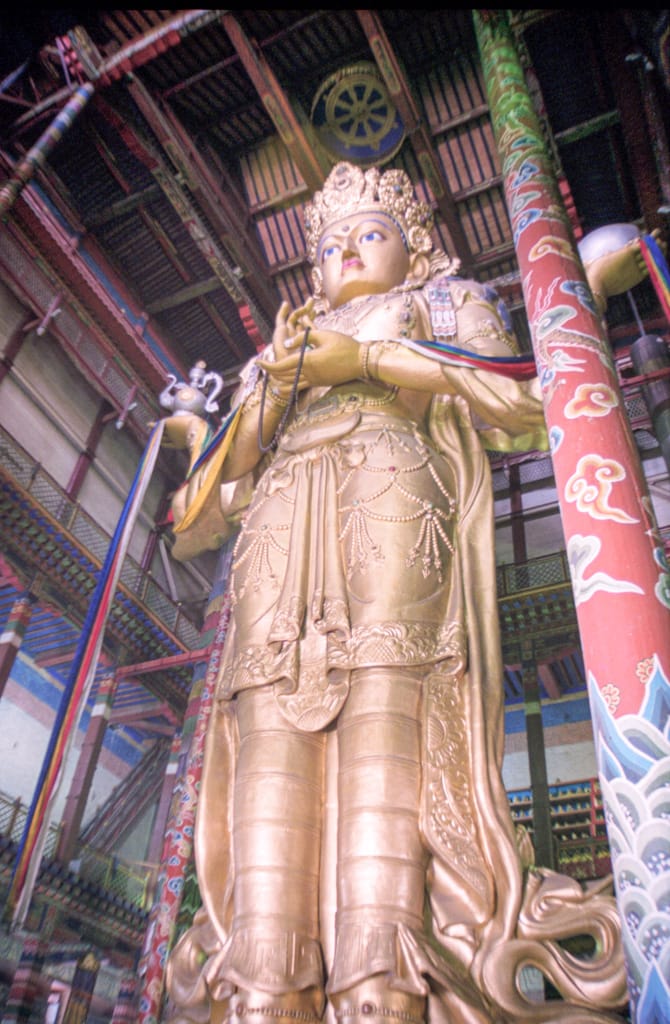 Then it was off for a cultural presentation of song, dance, and music, including Mongolian throat singing. (I swear I sound like that some mornings!) 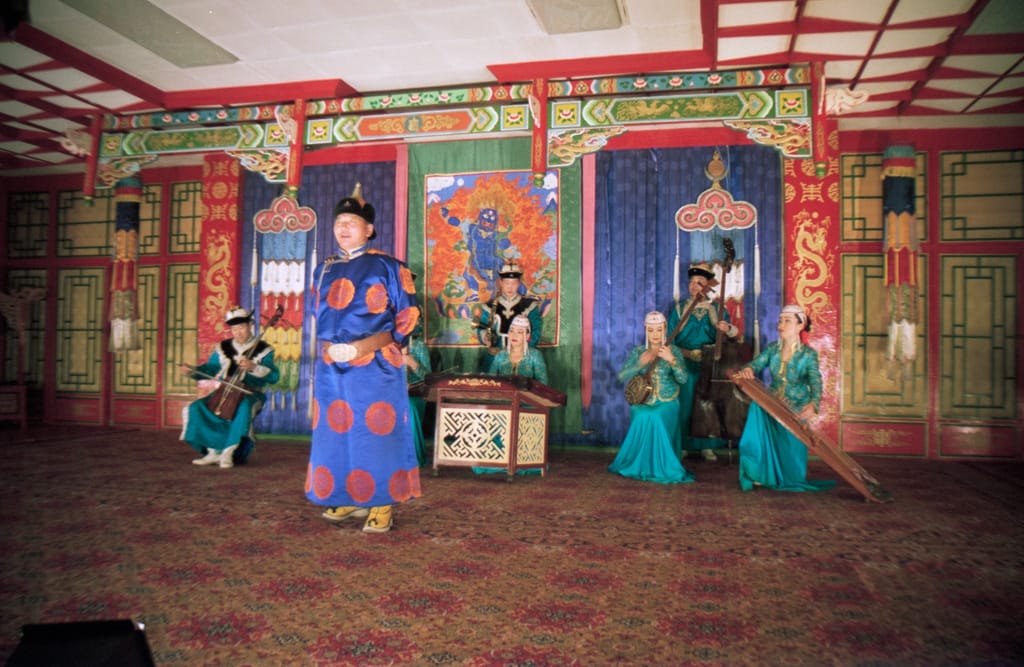 Tomorrow, we’re off for the back country for some "camping" (ger camps, though we’re not sure what to expect). Needless to say, we won’t be posting for a few days — I doubt there’s internet way out there.