Sunday, 15 May 2005
[This entry originally posted on How To Get Lost: Alive in Irkutsk.]

You know that feeling you get, when you’re finding yourself walking down a street in a dream, and you’re not sure if you know where you are, but you keep going anyway? That’s what Amy and I have been feeling like the last few hours. We’ve been speculating to guess why (I attributed part of it to being sick and drugged up on Contac-C; Amy’s blaming the fish she had for dinner last night), but we’re not entirely sure. 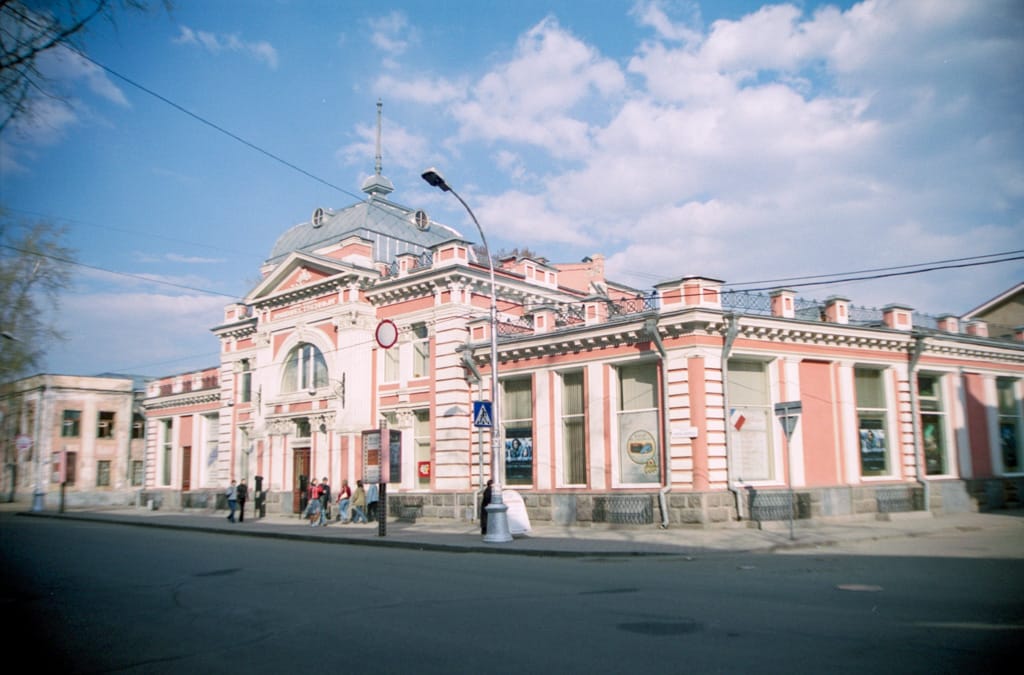 We figure part of it is due to not knowing exactly where we were staying. Amy’d emailed Jack — our homestay host — only to receive not that he was out of town. Turns out he’s not, and it was an old notice. Before we’d found that out, though, we’d indulged ourselves in a little comfort food.

Sushi. (We love the stuff.) 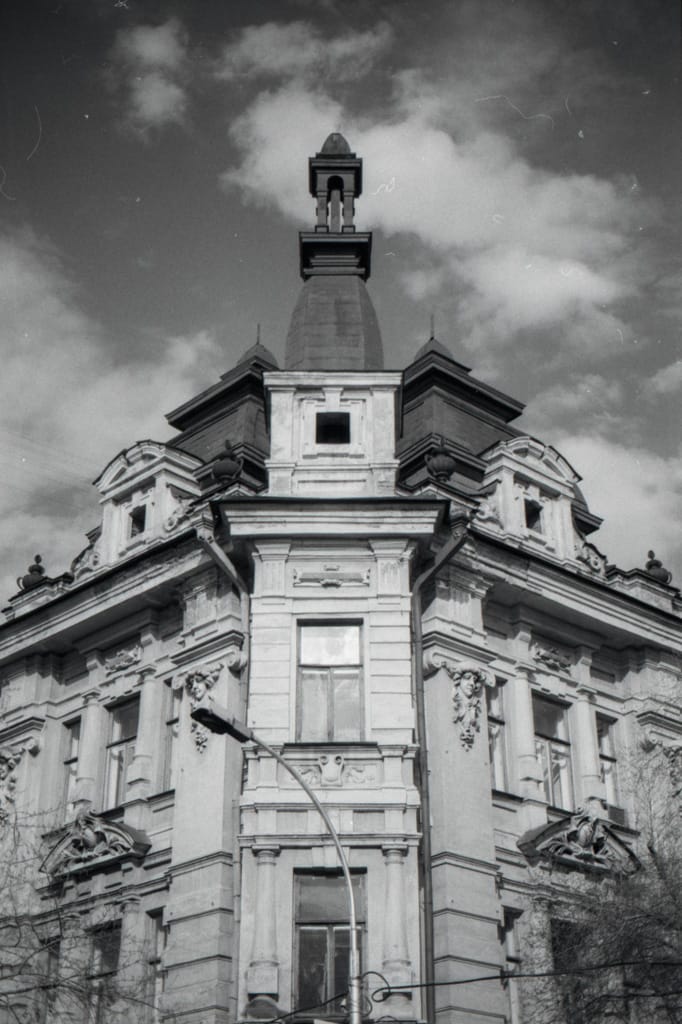 It was the first time I’d ever been in a Japanese restaurant that didn’t have a single Japanese person working there. Bit of a switch, I have to say. The food was pretty good, even if I could only barely taste the pickled ginger (I hate being sick (cough)).

We wandered around a bit, still in a daze, before we finally found a pay phone that took coins. Weird thing — almost none of the phones in Russia take coins. Almost all of them take phone cards. Which we don’t have, and aren’t even sure how to buy. The connection was lousy (it was an old phone — you dialed the number, inserted the coin, and then pressed a little button to make the coin drop when you finally connected with the other person), but we got enough information to find the building.

Just not the door. We had to call back from the internet cafe we were at this morning. That was much better, and we met Elena in the alley. Figured that it was the one door we didn’t try because we didn’t see the buzzer. Now we know better...

I feel a whole lot better having finally found the place we’re staying for two nights. It’s going to be relaxful because there is no rush, no need to run to the next place. And no flotilla of security to prevent us from going wherever we want.

We’ve been on the go, more or less, since we left Moscow. (Which, incidentally, was the last time I showered properly. I’m amazed Amy hasn’t passed out from the smell. I’m sure my pants are fully capable of sentience at this point.) You have no idea how good it feels just to stop moving, even if just for a day.

The place is nice, though you wouldn’t know from the stairwell. It’s even sketchier than Nord Hostel in St. Petersburg. The inside of the apartment is quite nice, and there’s a little cat (Fyodor, apparently after the writer) to entertain us.

Tomorrow, we’re off to Listyvanka, which is a small village on Lake Baikal, which is "traditional Siberian", which means all wooden buildings. There’s a number of those here in downtown Irkutsk (pop. ~600k), but I imagine kept in better conditions.