Thursday, 12 May 2005
[This entry originally posted on How To Get Lost: Kazan kicked butt.]

Okay, a HUGE thumbs up to Kazan. Wow. Such an amazing little city. I’m sure Kazan itself is quite large, but the "main" area is surprisingly compact yet still very revealing. It is simply too bad that we were only there for the day — two days should be the required minimum for a stay there.

After my stupidly short posting, Amy and I went to hang out in a park for a while, just to watch the city from a distance. Then it was down to the Central Market. The intention had been to buy food for the trip to Ekaterinburg. However, Amy found a stall selling (what she believes is) wool yarn. And lots of it. Cheap. 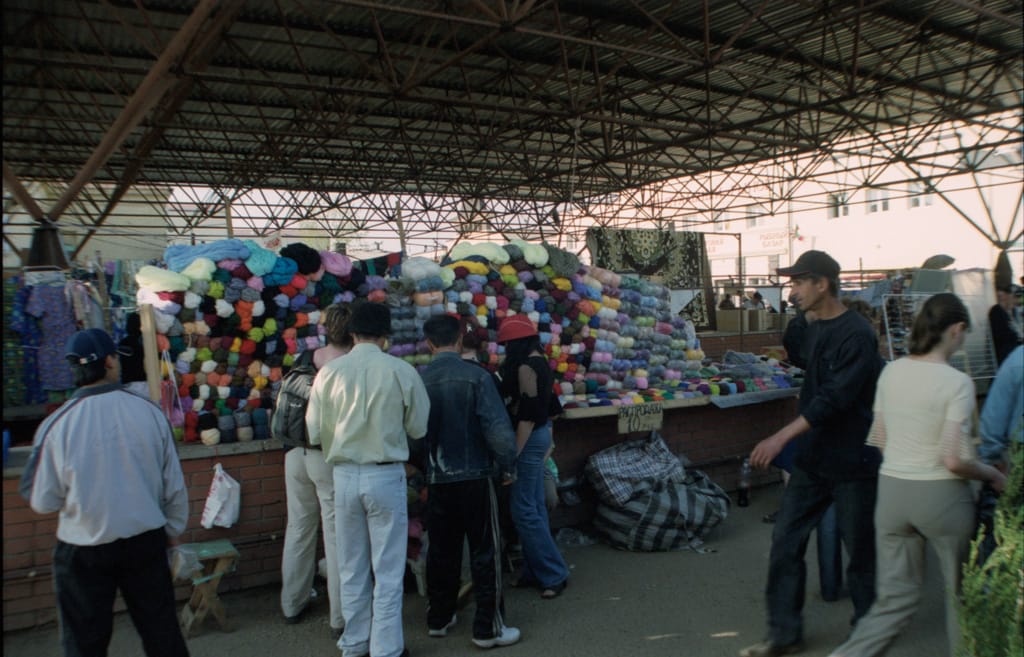 I really wish I’d captured her exchange on film. She had to find a way to explain the concept of two-ply yarn to the vendor. Eventually, they figured it out and Amy walked away with 10 balls of the stuff. Thankfully, I don’t have to carry that, but she’s going to need to ship something home before too long...

The trip to Ekaterinburg was hot. We were in a room with two quiet guys who didn’t particularly thrill either Amy or myself. Thankfully, not drunkards, though. That’s what we’ve been fearing running into. I’ve been practising saying "I’m an alcoholic" because it’s apparently the only way to avoid being nagged into doing vodka shots.