Sunday, 08 May 2005
[This entry originally posted on How To Get Lost: Any idea how hard it is to find the internet in Moscow?.]

Amy and I got here yesterday morning, but you’d be surprised how hard it is to find an internet cafe. Our hotel, Rossiya, despite being the largest hotel in Europe (which, incidentally, isn’t remotely as cool as it sounds), doesn’t have jack sqwat.

Tonight, roaming around Arbat Street, we got lucky.

Why is it so hard? Security in Moscow is tight — insanely so. There’s a massive 24-hour cafe not too far from our hotel, but right in the middle of the two-block-plus radius they’ve locked down. Unless you’re in the security force or the military, you ain’t getting anywhere near Red Square.

Why the big hullaballoo? The 60th anniversary of Victory Day is tomorrow, and the world has taken notice. (Why, we don’t know.) We even saw a bus dedicated to the Indian media here to cover the stories. It’s wild. Red Square: locked down. GUM: locked out (at least today, we got in yesterday). Kremlin: forget it. Even the Bolshoi is out for the count. 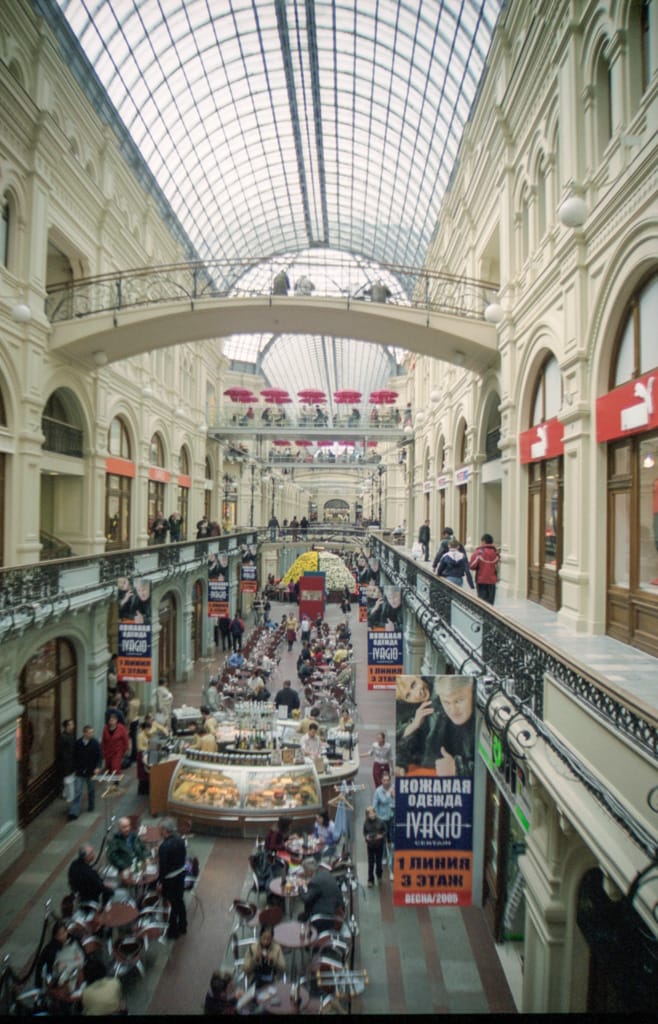 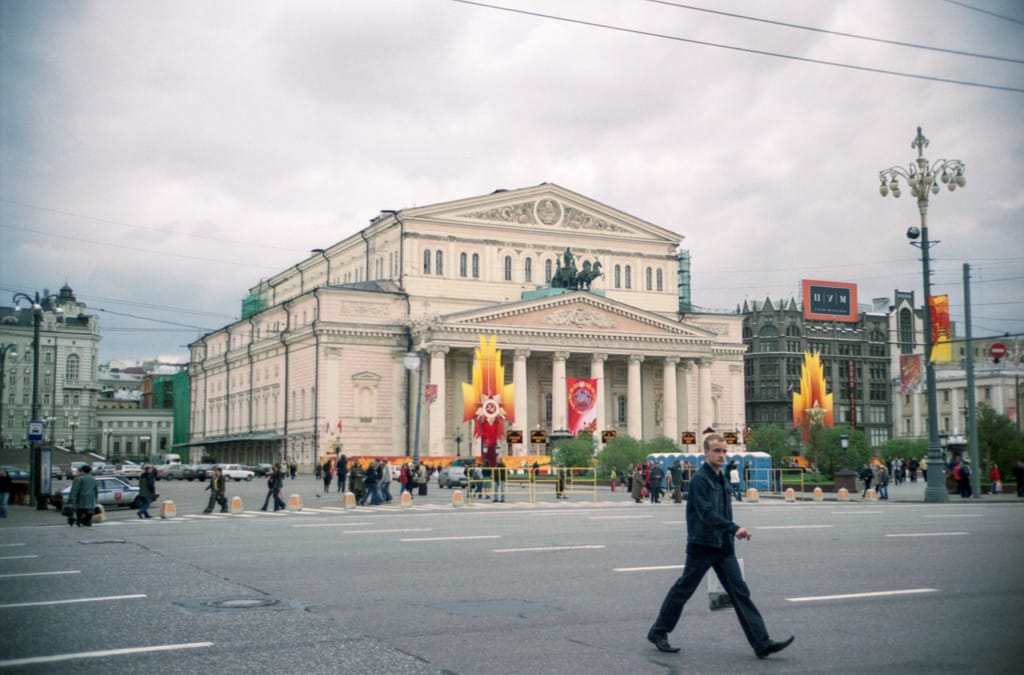 I suppose it’s necessary. Even the Shrub (aka President of the United States of America) is hitting town for this, and without question the Russian government wants this to be a top-notch show. I think even the grass is being hand-cut for consistency.

Even on Arbat Street, some distance away, there are a lot of guards. No hassling, mind you — just keeping an eyeful watch. Which is good, because I gather Moscow police have a habit of hassling tourists.

Either way, Amy and I are grateful for leaving Moscow tomorrow. It’s boring here. I never particularly liked Moscow to begin with, but with everything closed, it’s even more boring than usual. We’re off for Kazan, which should be an interesting day stop before going onto Ekaterinburg.

Time’s running out on this computer, though — we want to get back to the (relative) safety of our hotel, just in case security gets even tighter.