Flew in Miami Beach BOAC,
Didn’t get to sleep last night.
All the way a paper bag was on my knee,
Man, I had a dreadful flight.
I’m back in the USSR! You don’t know how lucky you are, boy...
Back in the USSR! - "Back In The USSR", The Beatles

Didn’t really fly in from Miami Beach, though London certain seemed warm enough. BOAC is now British Airways. The flight was rather bumpy at times, but not to the point of air sickness. And it’s not the USSR anymore.

Arrived more-or-less on time at St. Petersburg International Airport. It didn’t look much different from the plane than I remembered 16 years ago. The inside on the way to Customs was interesting — Soviet-era architecture was still present, overlaid with new capitalist offerings, especially high-end goods. (BMW ads look quite interesting in Russian.)

Sixteen years ago, I remember being scared out of my wits as a Russian officer scrutinized my passport, looking up at me every few seconds, then returning to the passport. This went on for what seemed like an eternity (especially because he never said a word) before he stamped my passport and let me in.

This time wasn’t much different. Except it was a woman. Not in a harsh uniform. In a much brighter space. She took less time. But she still didn’t say anything. Stamp-stamp, passport handed back, not a sausage beyond that. Go fig...

Both of our bags arrived, thankfully. I think we’d have officially lost it had they not arrived. Unfortunately, the only thing that didn’t work out was the transfer to the hotel — the driver never showed up. After debating a while, we decided to take the bus to the Metro, and then downtown. Lest you think we figured this out on our own, we had a guide by the name of Daniel (or at least I think that’s what it was), an employee with Scandinavian Air who is very familiar with the process.

We arrived at the Nevsky Prospekt Metro station, dug out a map, and walked a few blocks to Nord Hostel, our home for the next few days. From the outside, it’s a mere sign on a door. The first thing you see is a well-worn staircase that you really don’t want to climb. It doesn’t look "right". On the second floor is the hostel, and from there, things get good. It’s a simple place, but with enough ammenities that we’ll be fine.

Our room has six bunks, four of which appear to be occupied. The only roommate we’ve met is a guy by the name of Nick who hails from England, near Heathrow. He’s on a tour similar to ours, though considerably less planned. He’s doing this before he starts a Masters in September. Oh, to be a student again... 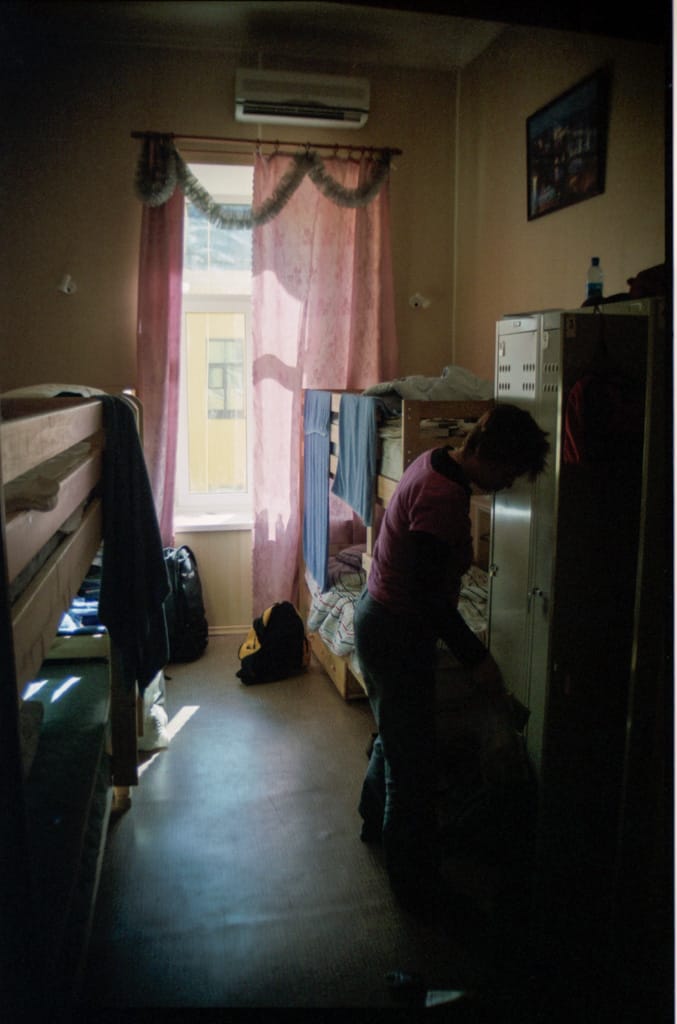 The Russian adventure has begun. Time to go exploring. 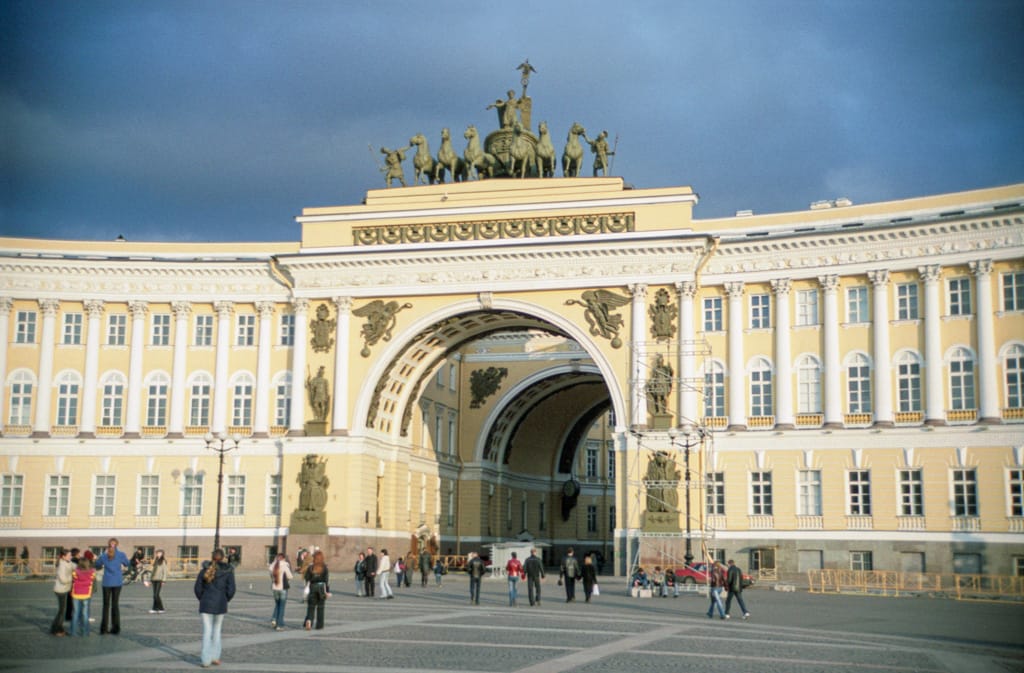