Sunday, 01 May 2005
[This entry originally posted on How To Get Lost: A little more of London.]

The first run of business today was food at Paddington Station. As it’s Sunday, not everything was open, and what few things were open weren’t wholly attractive. One thing I have to ask about British cuisine — what’s with all the freaking mayonnaise? Most of the sandwiches really didn’t appeal to me (I’m sure the "cheese and spring onion" is tasty, but it looks like something went bad and is seeking recognition as a sentient organism). I ended up with a fairly tasty pesto pasta salad.

We stopped in Oxford Circus so Amy can stock up on even MORE knitting stuff (I think she might be more obsessed with knitting than I am about trains — but that’s just me) before we found our way to the British Museum (not far away).

Big. REALLY big. Didn’t see much, though, as I realized partway in the door that if I see everything during this trip, I’ll be bored when I’m back here with Alex next time. So I’m seeing enough to whet the appetite and hunger for more. Which won’t be hard. No St. Paul’s Cathedral this time, though that had been a goal of mine. I can live with that. 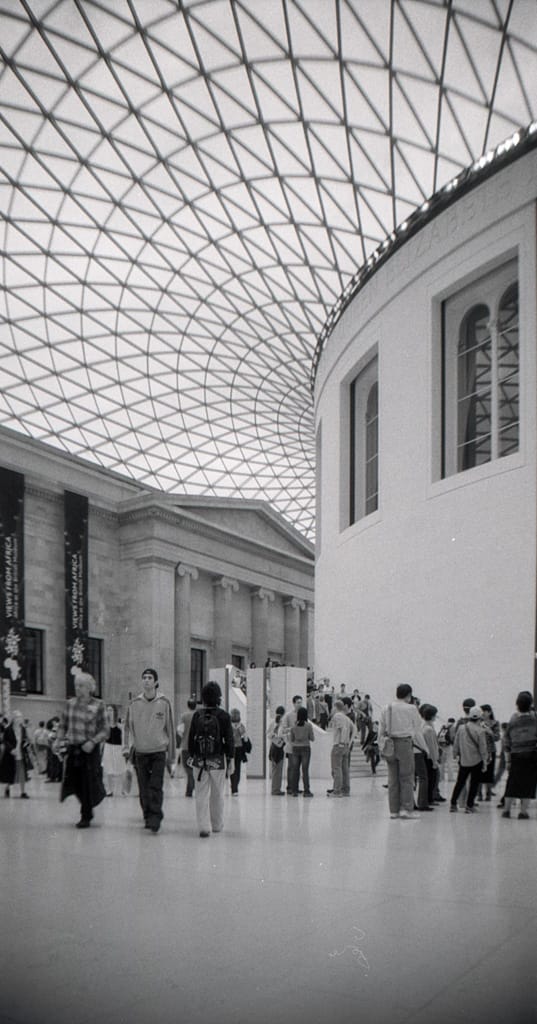 Then to Coventry Garden Market. Lots of shopping. I lost Amy there, as she wanted to shop more, and I felt a compelling need to stay out of the stores. I eventually decided to endulge my trainspotting habits and went to check out Waterloo Station. I tell ya — these Brits know how to build train stations. It’s truly a shame that we North Americans have turned our back so much on train travel. It’s not only more efficient, it really is a much better way to get around.

I also made a stop at the Paddington Underground station (Circle/District Line) for a photo — a beautiful station. 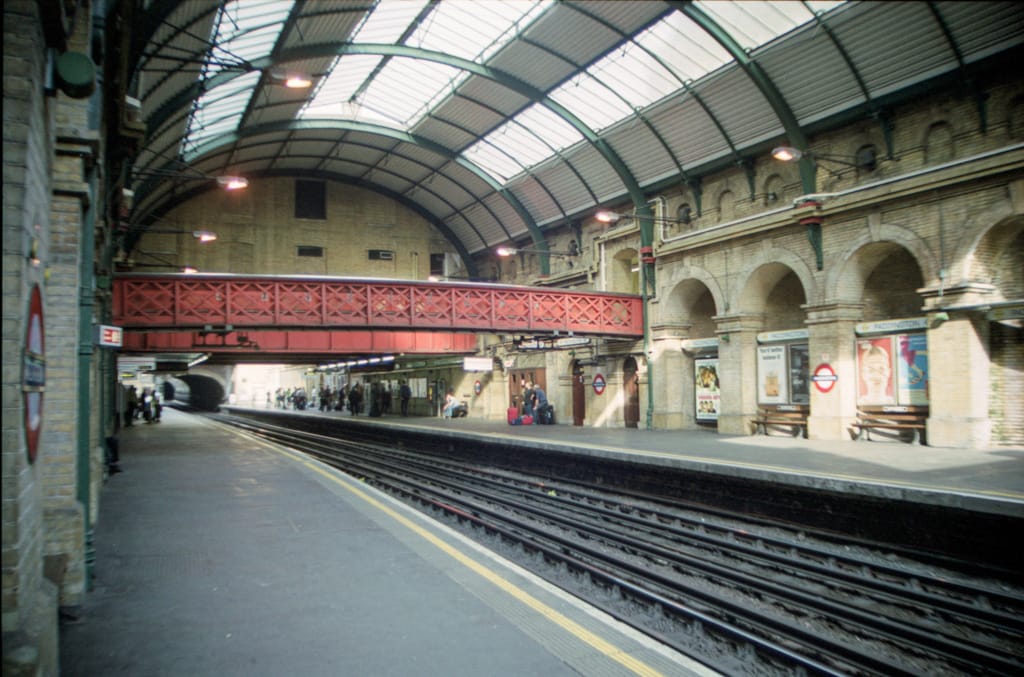 We’re back at the internet cafe we hit last night — Amy managed to get a computer that recognizes our cameras, so now there are more images. I’ve only taken a few with my small camera, which is becoming painfully aware that there’s not much here to see. So I’ll work on more pictures to post.

In the meantime, Amy and I are off for dinner. Given that all I’ve eaten is the pasta salad, I need something a tad more filling now.

Tomorrow, we’re off to St. Petersburg for four days. We’re leaving behind the comfort of English-speaking familiarity for the foreignness of the industrialized Second World.

I just hope I have my backpack...