My first Valentines day with Alex, and I have to be 3,500 kilometres from her.

It could be worse. I could be in Kanata.

First thing: Room change. Last night’s room was one Mark and I had booked. Tonight’s is on the company’s bill, and we get our own. Mine wasn’t an improvement, and ended up over the HVAC again. I changed rooms later once I got back. For one night, I could hack it. Two nights, forget it.

I ate McDonald’s for the first time in a couple of years, as it was the only near thing we could find for breakfast. It’s a last resort. But it’s the only thing at McDonald’s that I’ll eat. And it’s cheaper than the hotel’s breakfast.

We walked a lot. I’m sure Mark has never walked that much before. We did a lot on our feet that resembled last night, heading to Times Square, New York Public Library, Rockefeller Center, St. Patrick’s Cathedral, Grand Central Terminal, and the Empire State Building. (If you don’t know what Manhattan is like, that’s a lot of walking.) Given that the rain was beginning to start and we needed to get off our feet, we headed into the subway to go down to Rector St. station and the WTC site. 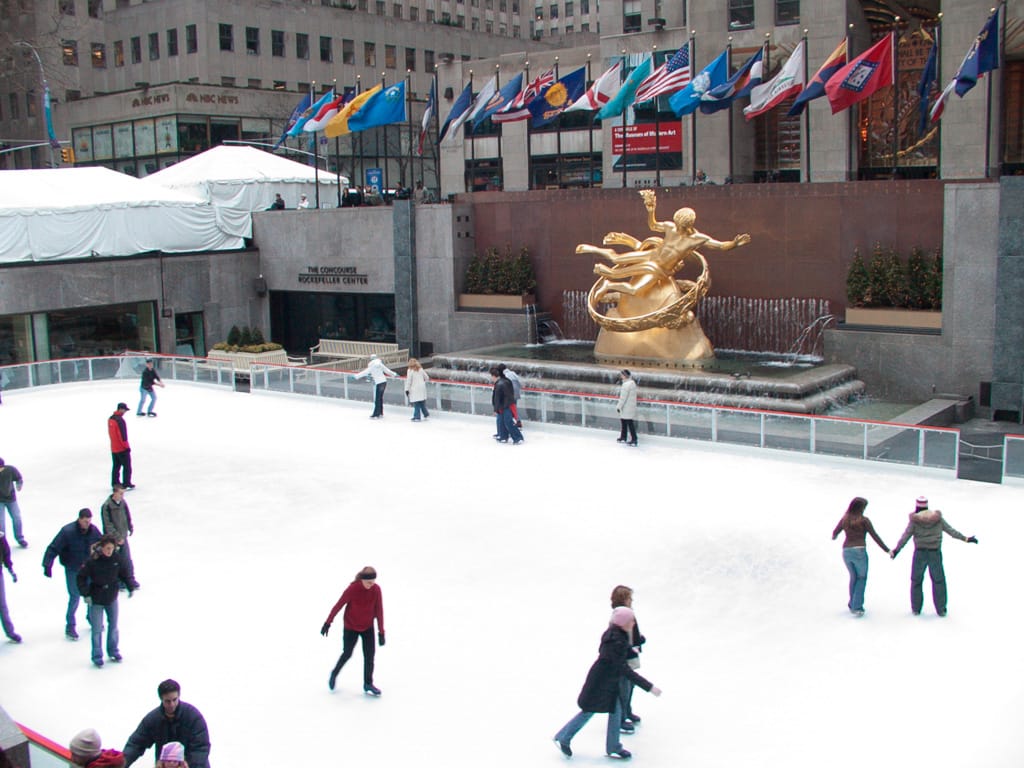 It was raining when we got out. Somehow, that seemed appropriate.

Ground Zero still shows signs of damage, even over four years later. Though some has been rebuilt, one building is still shrouded in black awaiting demolition (there’s a massive hole in one side). The actual WTC site is still under construction, as they have yet to finalize the plans for the Freedom Tower (the name that keeps being thrown around). I suspect it’ll be quite a while before something finally rises there. Only the NJ Path train is already in place. 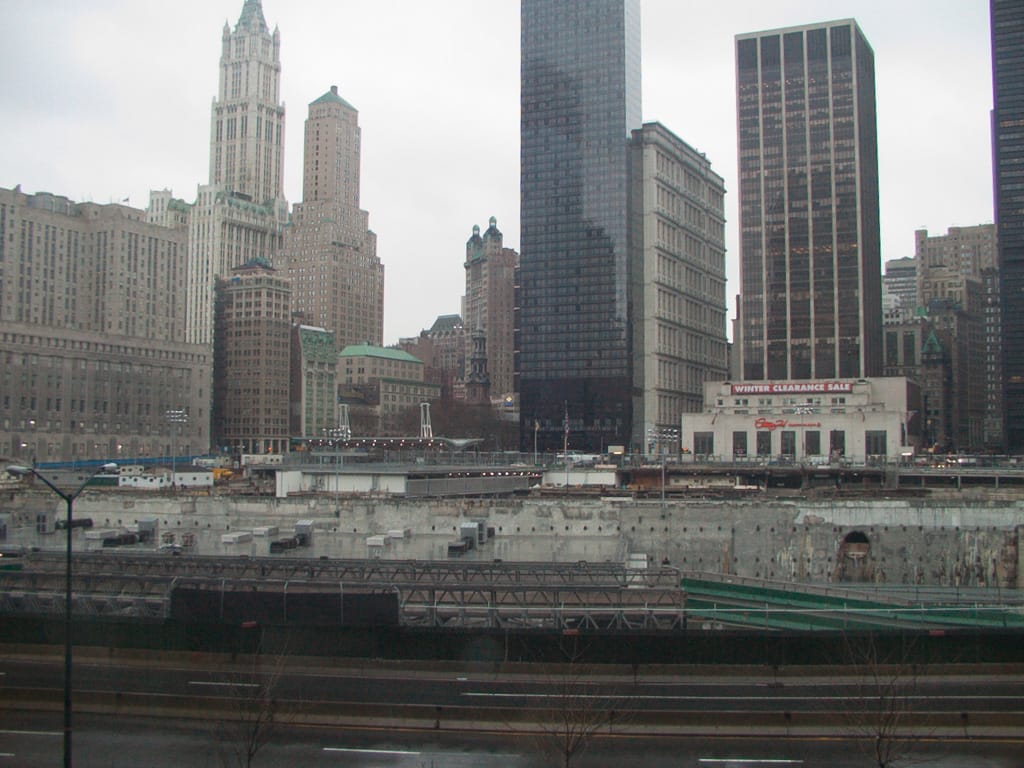 We walked around the site. Three sides are blocked by high fences that pretty much prevent photography of any kind (why, I don’t know). The fourth is so far away from the site that it’s almost impossible to see anything. The south, east, and north sides are parts of buildings or walkways to get you around. It was strange seeing the hole in the ground, and made me think about what I’d seen on TV that fateful date. It’s been a long time.

Avoiding the protests at City Hall (they were against same sex unions ... oh, the ignorance), we passed by the city building and out onto the Brooklyn Bridge, walking out as far as the first pier. I know a fair bit about the construction of the bridge (relax, I’m not going to recap it’s history — the Wikipedia does a much better job of that), and it was neat to actually be on top of it. Even if it was raining. 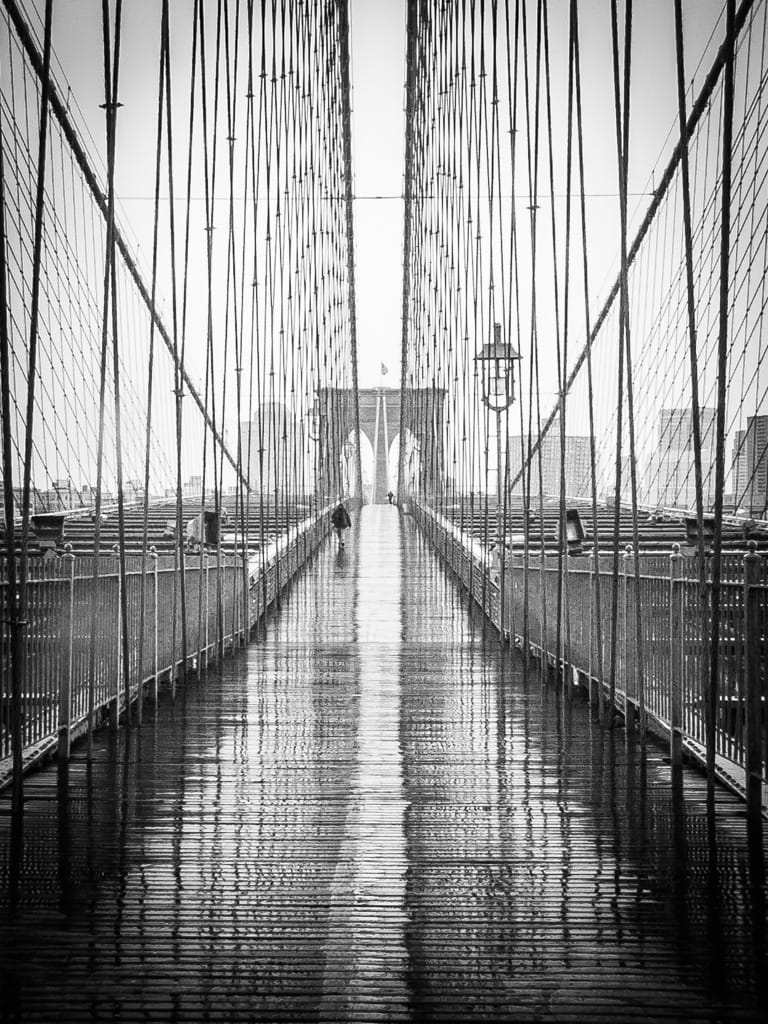 Returning to Manhattan, we headed over to Pier 17 to get something to eat. Another pub, and another unsatisfying meal. You’d think I’d be able to get a decent corned beef in New York!

Back out in the rain, we headed down the river passing all the ferry and ship docks, eventually arriving at Battery Park. This would be as close as I’d get to the Statue of Liberty. In fact, I think it’s the only time I’ve actually seen it with my own eyes. The rain, now blowing, was really beginning to piss us off, and it was time to move on.

Heading over to the Battery Tunnel vent tower (the one that doubles as the Men In Black headquarters), we found the globe that previously stood outside of the World Trade Center. It’s now there until it can be replaced back on the site after reconstruction. Considering the utter devastation, it’s in surprisingly good shape. Just a little battered.

Past the Wall Street Bull, we found the NYSE. Six years ago, you could walk right past the doors without being noticed. Now half the road is blocked with security fences and police give you the evil eye the moment you walk in view. (I should note that there seem to be cops on almost every corner these days. You feel secure, but you do feel like you’re always being watched.)

Onto the J train, then to the A train, and finally a C train took us to 81st Ave. Finding the museum of natural history, we ducked through Central Park, seeing the Gates, an outdoor "sculpture" done by avante-garde artist Christo. (The same guy who surrounded islands with fabric.) I knew about these before going, and I have to admit that I felt somewhat privileged to see it for the short period that it was open. But I got to say, I honestly don’t see the big deal.

The best thing we saw about it was one of the keepers who stand around ready to answer questions. Each of them carries a long pole with a tennis ball on one end. We had to ask. It’s to unfurl the flags when the wind wraps them around the supports. As the keeper answered the question, a New Yorker passed, commenting: "It’s an ugly waste of money!"

The Met was closed, so walked over to the Guggenheim for a look. By this time, we resembled more sponges than people. It took a bit of wandering on Lexington to find a subway station (it’s harder than you think if you don’t have a map). A 6 and a 7 got us to the hotel to dry off.

Allard had arrived by then, and we headed next door for dinner and debriefing for tomorrow. After a decent dinner, I made a note to call Alex before going over my presentations again.