Leaving Alex this morning wasn’t easy. Given the events of the last couple of days, I would have preferred to stay in bed with her.

But business calls, and I’m off to New York (though Newark) for business meetings with the IT department of our Mercedes client. It’s mostly an educational exchange, as we try pass on a lot of the knowledge we have to the IT group. Exactly why we’re doing this I’m admittedly a little unclear on, but I’m sure it’s all for a good reason.

Skipping the agony of trying to get back from the airport sans automobile, I drove to the airport and parked in the Park ‘N Fly. It’ll actually be cheaper than taking a taxi, and way more convenient. Taxis in this city are really beginning to bother me, and I suspect it’s only going to get worse.

Thankfully, Mark was already in line — I was running late and didn’t want to have to wait all the way through. Mark and I are flying out early to get a day of tourism in New York City. Mark’s never been there before, and I’m dying to see the city again. I was there last in September, 1999. Yes, I stood under the Twin Towers, probably two years to the day that they fell down. Creepy.

Crossing customs was worse than usual. Maybe there’s a need to crack down on things, but I seemed to be getting fourth degree from the officer about my genetic makeup. Passing that, we dropped bags at the belt and passed through security for my second flight to Minneapolis in a week. (There’s something seriously wrong with that, I’m sure.)

The first leg went quickly. Pizza at Minneapolis while we waited for the second leg. Although denied my Chantico, I was sure that I would be able to get one in New York. Mark V’s suggestion that I picked up flying to and from Chicago paid off and I got an exit row to New York. Yay, foot room!

Arriving took forever (New York is a tough place to fly into), and USD$63 later we were at our Best Western near Times Square. Mark had done his research well. The place was barely two-star (not updated in a few decades, I’d say), but it sufficed for the need. Kind of what happens when the creme de la creme sits out too long without refrigeration.

Our room, a junior suite, had a queen and a pull-out. I took the pull-out, not realizing it was next to the rather loud HVAC system out the window. We stayed only long enough to dump our things before heading out.

Times Square hadn’t really changed much since I last saw it. Mark was in a daze (I don’t think he’d ever been to a large city before!). Having been to Tokyo twice now, this seems almost trivial for me. I feel like such a snob! The Toys ‘R Us is new, and the ferris wheel inside is ... almost insane. As if the ADD isn’t bad enough in that place. But it’s part of making Times Square more impressive. So far, I think it’s working. Soon, it should be like it was — the ultimate place to go in New York. 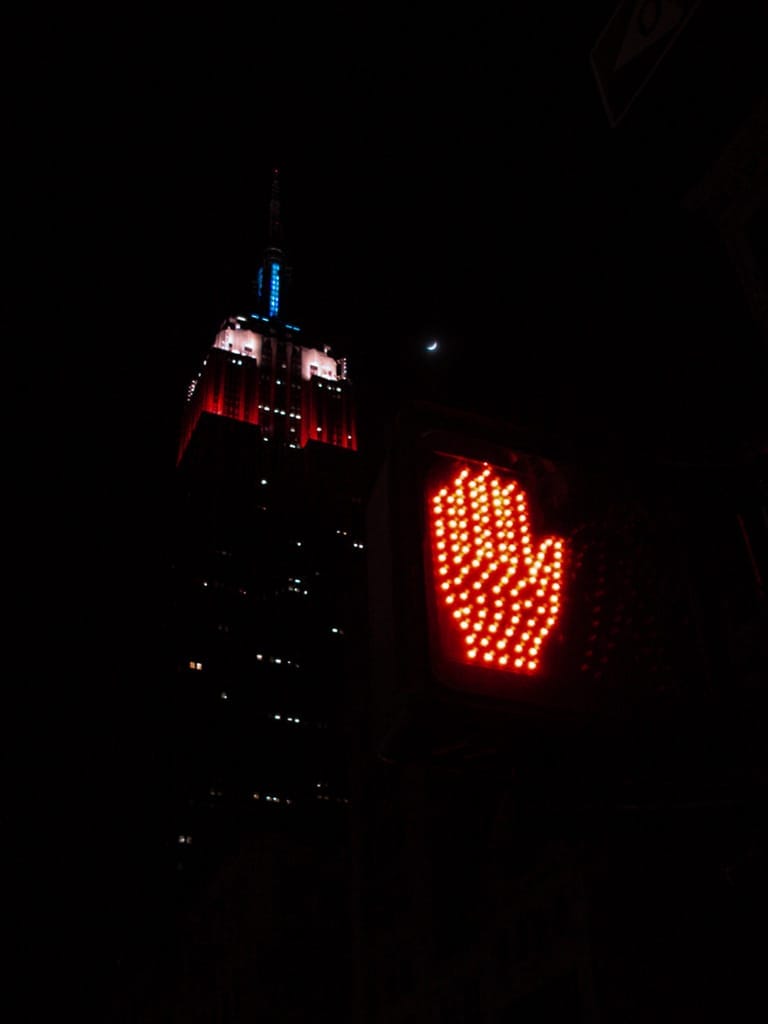 We wandered all the way down to a few blocks from the Empire State Building (lit up in the red, white, and blue) before walking up 5th Ave towards Rockefeller Center. We passed the main branch of the New York Public Library before cutting over to Grand Central Terminal (a wonderful view at night). We found the mysterious black rectangle Stephanie had told us to look for — proof of what the ceiling had once looked like before it was revitalized in the 1980s. 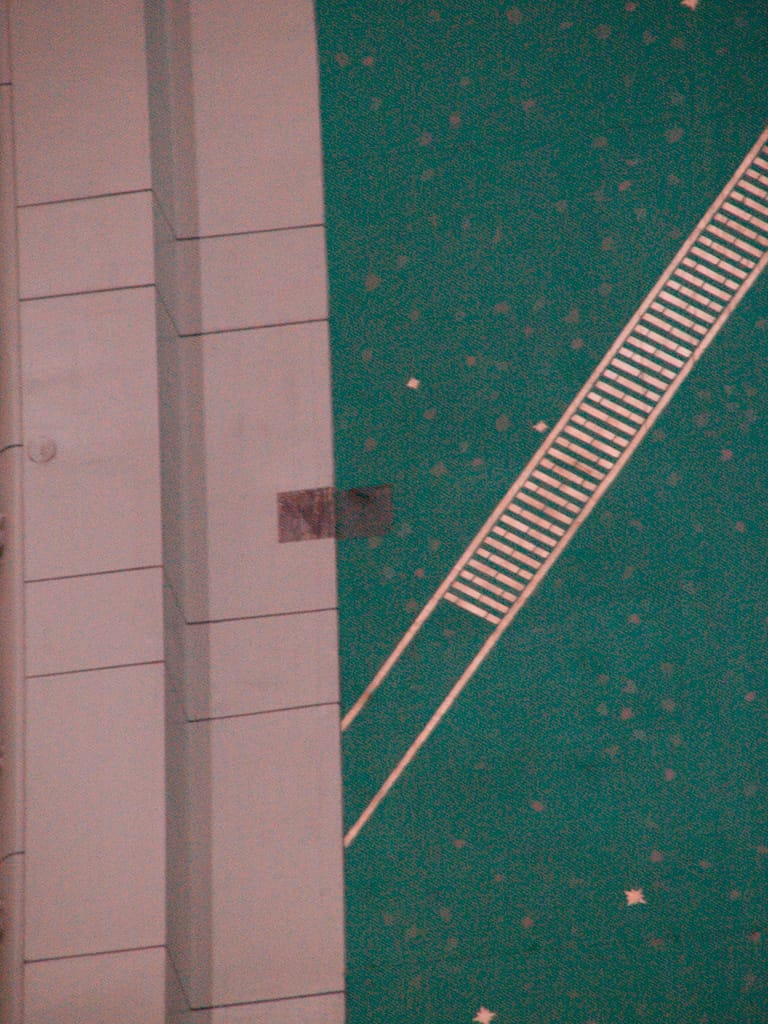 Heading back to Times Square, we tried to get a hold of Andrew to find a good restaurant in the area. Sadly, he was out of town, so we ducked into the first pub we could find — the Pig and Whistle. Not the best, but it was food and drink, which we needed in spades.

Chantico in hand (I told you I’d find one), we headed back to the room to catch up on work while watching Ronin. Tomorrow — Manhattan in one day!