Someone had the brilliant idea to go hiking in Kananaskis. Apparently this person didn’t realize that it’s almost winter. (And around here, that means it is winter.)

We all started off at Phil’s on 16th Ave. Alex and I were meeting up with a couple of Alex’s co-workers for a bite to eat before heading off. Originally, Alex and I weren’t going hiking. It’s cold, and that means hiking is ... well ... uncomfortable. Alex had other ideas, and though I didn’t know what they were, they pretty much excluded hiking.

Breakfast changed those plans. So after finishing, we drove at a break-neck pace to Alex’s for warmer clothes, then bolted out to Upper Lake in Kananaskis park. Despite the cool weather (about -6), there were a surprising number of people there already. We tried to catch up with the rest of the group, but they were already quite a ways along. (I drive fast, but Andy apparently drives faster.) Alex and I were left to ourselves.

We started from the boat launch and walked all the way around until the sluice gate on the far side near to where we’d camped in the summer. We passed a few people as we walked along, but most of the time it was just us, the breeze, and the cold silence of the mountains. It’s breath-taking. 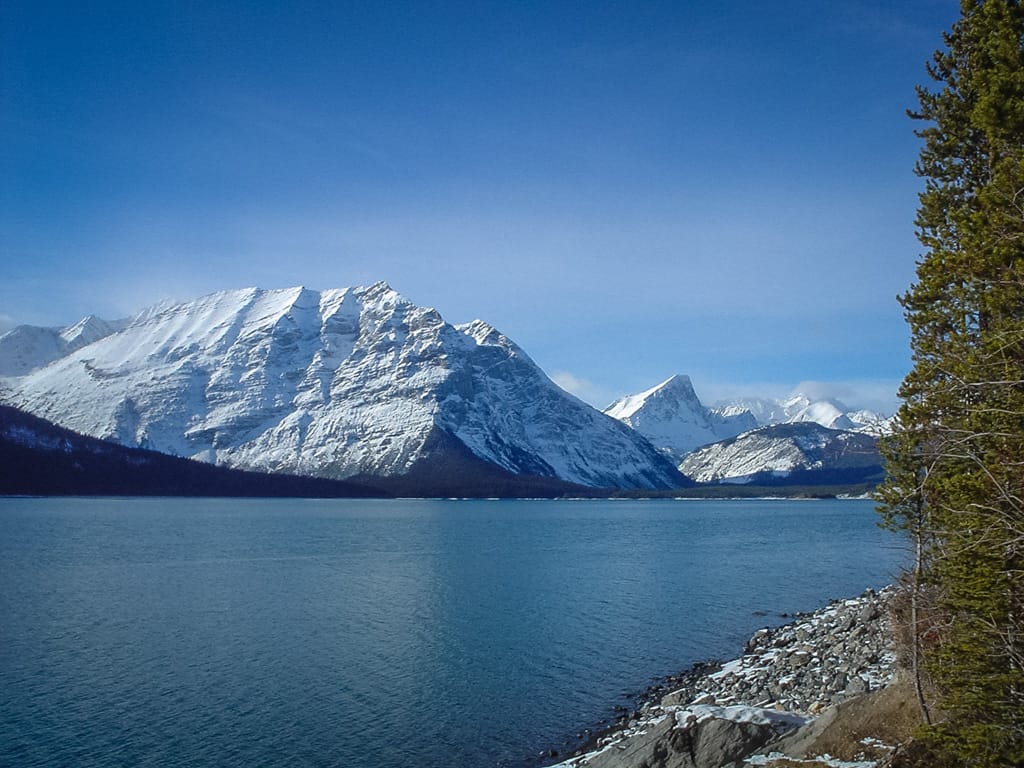 It’s also freezing. I wasn’t too affected, but Alex’s chattering could probably be heard for miles. (Kidding, honey — honest!) 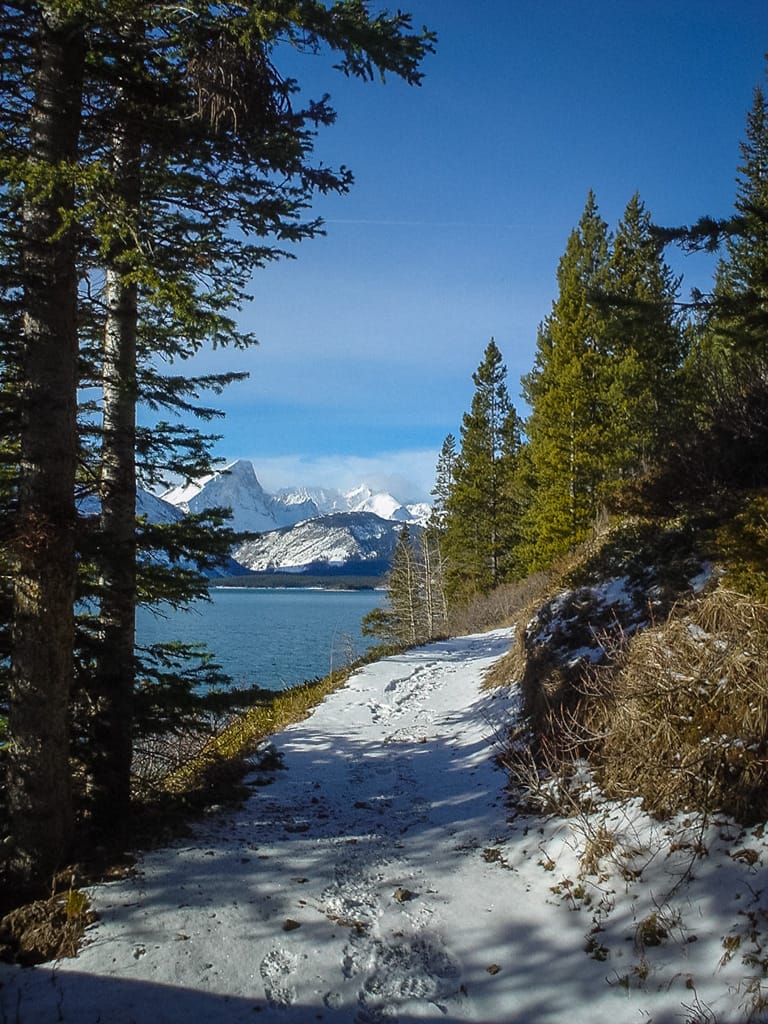 We met up with Andy just before we got to the sluice gate, where we headed to the road. We took the road back to the boat launch, managing to catch up with Andy on his return trip. But instead of continuing to follow Andy back to Calgary, we headed towards Canmore. It was time for another surprise...

We got a cabin. A small one, nothing fancy. Well, the first one was small and nothing fancy until we’d realized that he hadn’t cleaned it yet. We were moved to a more rustic one next door that was slightly more than chilly. The gas fireplace would have to be turned way up to make it bearable.

There was a party going on in Banff (Bamf!). We had no idea that there was one. We didn’t even know what it was called until we found someone who explained: WinterStart. Something to make people feel excited about the lack of sunshine (the sun effectively sets about 15:30 due to the mountains) and the cold (even though Banff is often warmer than Calgary).

First up: Fudge. It’s a tradition.

Then it was winter hats for Alex. This at times feels almost like beating one’s head against a wall. We’ll find one for her eventually, I’m sure. But it’s gonna take a lot of hats before she’s happy.

Dinner at Old Spaghetti Factory. It ain’t what it used to be, and the food did a number on Alex. We ended up abandoning the rest of our meal and headed back to the cabin where I spent my time trying to keep Alex warm.

It was pure irony then that the shower ran out of hot water as I was finishing the next morning. (Ouch.) Back to Banff (Bamf!) for breakfast at Phil’s, then up to the hot springs to really warm up. More fudge. Dinner was in Canmore — Boston Pizza.

Extremes of such cold and heat should give one the flu. So it’ll be interesting to see what happens over the next couple of days!