That stupid rooster woke us up again. We’ve taken to mocking it. If it crowed normally, we probably wouldn’t mind so much. I fell back asleep, though, and Alex went into the house. She came back to wake me up for breakfast.

Fog was hugging the ground all down the river valley. (Not exactly unheard of in the Lower Mainland.) Naturally, this set me off on a photography expedition. You have to move quickly with fog — it doesn’t last long once the sun starts coming up. I got some wonderful pictures, especially of a space amongst the trees near the tent. 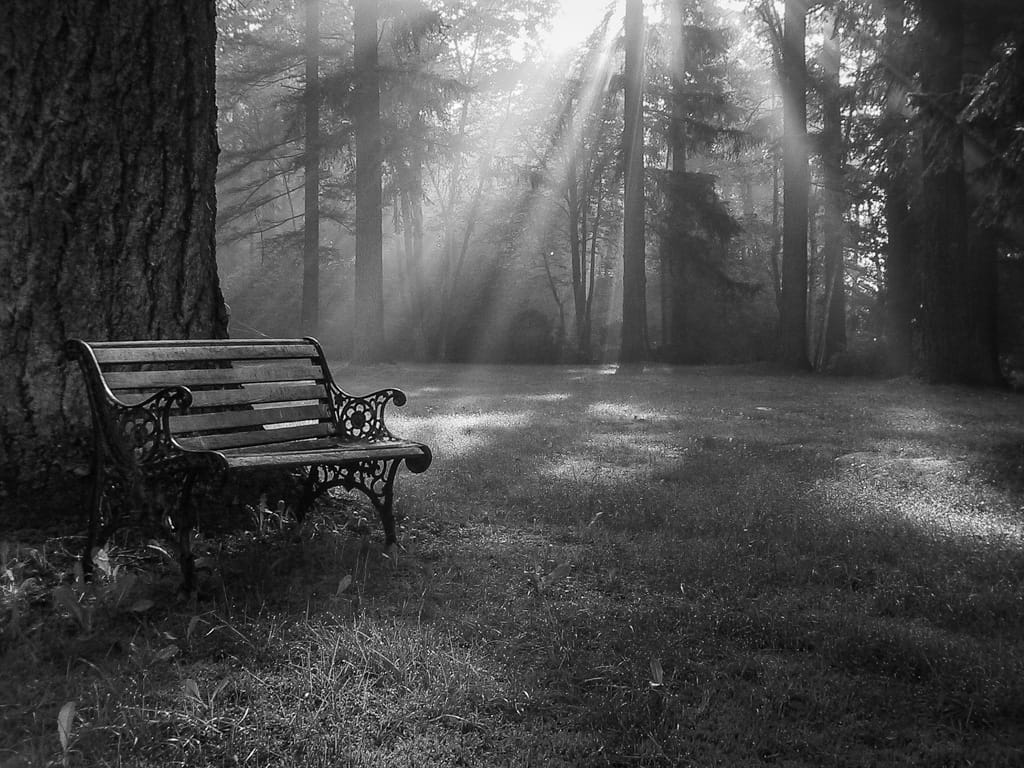 Friends of Jean’s, visiting from Rocky Mountain House, arrived while I was traipsing around the yard. They were to be breakfast guests. Sadly, this would mean I couldn’t shower before eating. They had to meet me in all my "morning glory". Thankfully, they seemed to not notice over the porridge, peaches, apricots, and toast.

After breakfast (and a needed shower), Alex and I took Erika back to the ferry. But it was far from a direct trip. Although we crossed on the Albion Ferry again, we didn’t go straight through Fort Langley. Instead, we decided to hang around a while.

Fort Langley holds an interesting place in British Columbia history. It was the first settlement in the Lower Mainland, and was the main outpost for the Hudson Bay Company. First founded in 1827, the original fort was abandoned due to small size and relocated upriver in 1838. A fire destroyed the fort, and it was rebuilt at the site of the current National Historic Park two years later. Twenty years later, for about one month, Fort Langley was the capital of the Crown Colony of British Columbia. (It was moved to Queensborough, now New Westminster, just after Christmas of 1858.)

Although changed repeatedly over the last 150 years, Fort Langley tries to hold to a time long since past. This is evidenced by the well-maintained CN Fort Langley railway station (obviously no longer in use), the stores and shops down the main street (the IGA is almost unnoticable, until you see the sign), the Community Hall could be brand new ... as of 1922. Not to mention the plethora of vintage cars that seem to frequent the area. (Along with, oddly enough, a near-endless string of dump trucks.)

We zipped in and out of various stores (curious, antiques, hand crafts) until hunger got the better of us, and we stopped for lunch. Ham and cheese sandwich. (Thankfully, no diamonds.) With that, it was time to get Erika to Tsawwassen for her ferry to Sidney.

After that, Alex and I were to go to Haney to go swimming. We were going to go to the water park near the ferry terminal, but at $20 each for a couple of hours, it seemed a bit pricey.

We detoured through Delta, Surrey, and Langley in desperate search of a 7-11. (We did find a Canadian Tire, where we got rope for the hammock, and a set of knives for Allen and Jean as a "thanks for putting us up" gift.) You’d think that at least one of the main roads in those three cities would have a 7-11, right? Just one?

Of course not — that would actually MAKE SENSE. What the heck is wrong with the world when you can’t find a 7-11?! Okay, yes, there were Macs stores, but we needed a 7-11 specifically, because we had a 7-11 Slurpee container that needed filling (and then emptying). I think we successfully killed over an hour searching for those illusive 7-11s. It was just wrong. The only ones we ever found were on the north shore of the Fraser River. It’s like the south shore is afraid of them, or something.

The lineup at the Fort Langley ferry was long. But even with the length, it only took about three or four sailings before we got on. (About 40 minutes or so.) I was dying for something to drink. When we finally got across, we headed to Haney, and stopped at the 7-11/ESSO at the Haney By-pass. This solved two problems: Slurpee cravings, and a lack of fuel in the car. Our next stop was at the London Drugs, to drop off a roll of Alex’s film.

This was where we were going to go swimming. As it was now so late in the date (the Slurpee search had killed a lot more time than we’d thought), swimming was dropped as an activity. (Turned out to be a good thing, since the Leisure Centre ended up being closed for annual maintenance.) Having to kill a little time before the pictures were ready, we looked at houses on the window of a local realtor. All I can say is, we won’t be moving to the Lower Mainland any time soon with those prices.

Returning to the London Drugs, we first searched for a pair of sunglasses for Alex. She was having issues with the ones she had, and something new was in order. (When you’re missing an arm off the pair you have, a new pair is allowed.)

The hammock was hung within 10 minutes of arriving back at the farm. It took a bit of effort, since the trees where we hung the hammock were rather smooth, having no small branches or knots to hold the rope high enough to use the hammock. Alex took to it almost immediately, while I went to help Allen with dinner.

Roasted red peppers were my duty. Everything else was left over from the night before. This was when I finally met Nicole, Alex’s adopted sister. Nicole is one-quarter Cree. She had just returned from a summer in Toronto, working so she could go back to school this fall. We didn’t get a chance to talk much.

Almost immediately after dinner, Alex, Nicole, and I headed over to Frank and Audrey’s house. Frank is Allen’s father’s brother, Audrey is his mother’s sister. Convenient family merger, ain’t it? Frank had just turned 90 — it was his birthday.

We didn’t stay long, due to the late hour for them, and because Nicole was quite tired (her clock was two hours ahead of ours).