On Canada Day, most people take the time to go do something special, like visit events in their local community or town, possibly visit one of Canada’s majestic national parks (which are free today), or visit the local taverns and have one of Canada’s national beverages with friends.

Me? I hang around with trains.

Okay, before everyone gets all over me for doing "the train thing" again, I have to say that this is for the Rocky Mountain Rail Society, not me. Given the choice, I’d probably have hung out in and around the just-reopened Prince’s Island Park for the day. I probably would have avoided the killer sunburn I managed to get on my face. (You’d think that since I planned ahead and brought sunblock that I’d use it. Shows how much you know!)

Every year on Canada Day, the Rocky Mountain Rail Society (I’m going to write "RMRS" from herein — it’s a long name to type) puts on a "show". It’s not really a show, but a chance for us to connect with some of the local enthusiasts, show off some of our equipment (the "Eagle Springs" combine car — no, not the farm type, a beautiful 1930’s passenger car, and our Alco S-3 diesel. This stuff usually just sits in Calgary because we can’t normally do anything with it. But on Canada Day, not only do people get to see this stuff, but they get to ride it, too.

Starting last year, Don managed to get us into the old CP Ogden Shops (now the Alstom Shops) to hold our show. It’s very handy, since that’s where our equipment is being stored here in Calgary. It’s also convenient, since there’s a plethora of rail equipment from multiple owners all over the massive complex.

We’d been out twice before Canada Day, getting things ready. Last Wednesday, it was vacuuming the cars and general clean-up. Yesterday, it was preparing the display and getting things roughly set up. And making a few repairs to CP’s display cars (graciously donated for the day so there was more than just our stuff around) — during switching, someone had flattened the railing needed to hook the stairs to get in. Nothing a blowtorch, sledgehammer, and prybar won’t fix.

Don’t try this at home, kids, we’re experienced professionals. (We do this to 6060 all the time.)

This morning was gorgeous. Which was great for me, since I had to spend the first 45 minutes awake in the gym. Arthur (friend, co-worker, and workout buddy) has put me on a new torture regimen. He claims my butt’s going to be in severe pain tomorrow. I truly hope not. Especially with all the walking and standing I did today... 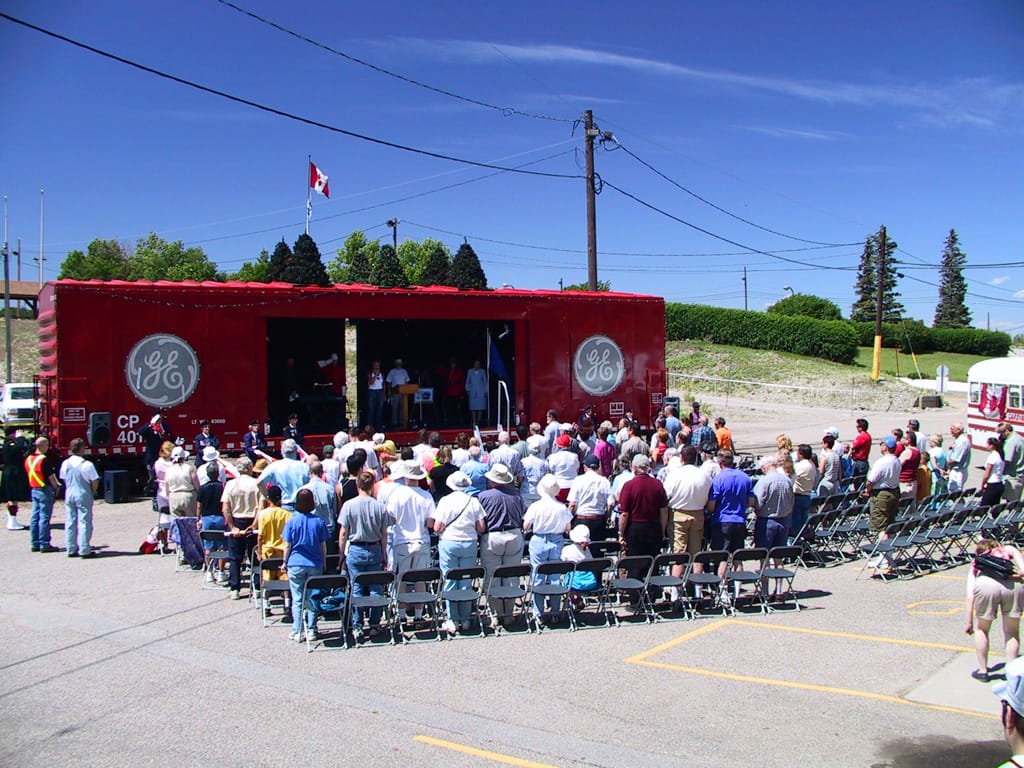 A massive volunteer crew — the largest I’ve ever seen for the RMRS — was beginning to assemble when I arrived at Ogden just after 11:00 (ironically enough, I was delayed by a freight train). Thus began an hour of hurried unpacking, setting up, moving of heavy objects, taping off areas verboten, and making sure everything was ready after the various cars were switched into their locations. CP loaned us the use of a SW 900 diesel-electric switcher (#6711), their historic mail car (#3266), and towed the train down the south side of the Ogden yard for about 2200 yards before returning, to give people a little ride. 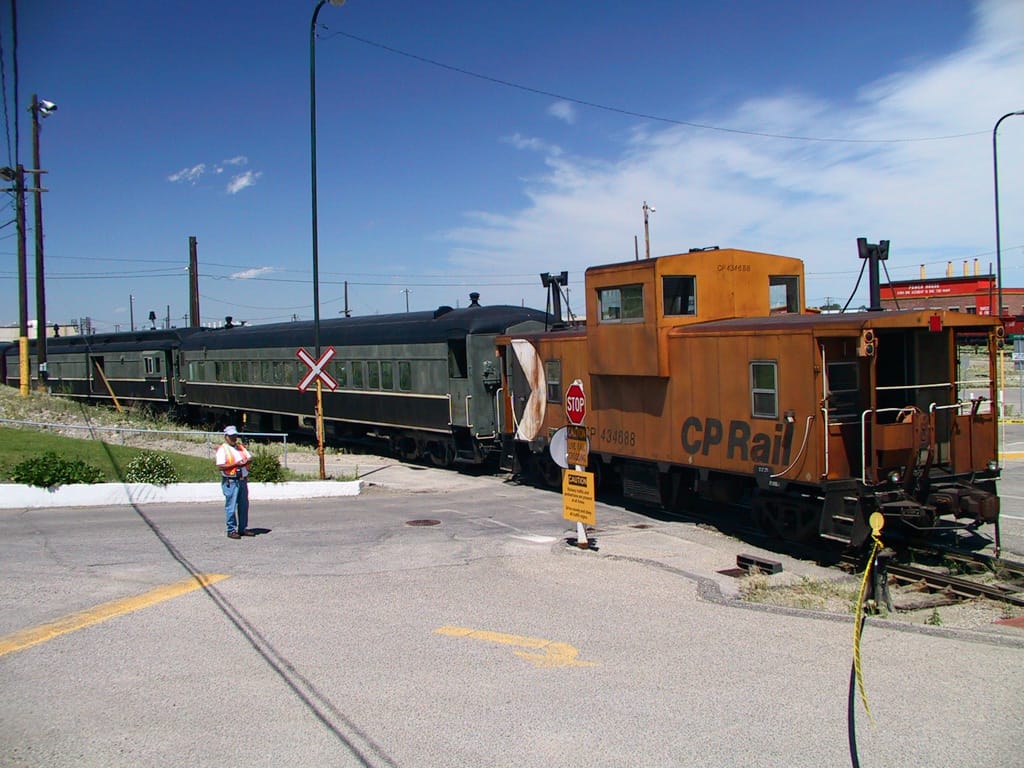 The crowd we got was a lot larger than I thought it would be. We don’t publicize this (for a variety of reasons), so we don’t get a lot of people. Still, most of our chairs were filled. It was pretty impressive, I think. We had the deputy mayor, the head of CP’s Heritage division, and representatives from the RCMP out to represent not only rail history, but of course, Canada’s history. It is Canada Day, after all.

The afternoon shot by. Before I knew it, the clock read 16:00, and everyone was gone. We packed up, shunted the cars, and were ready to go home just after 17:00. Which was great, because my head was killing me.

That’s when I realized I’d had too much sun. Tomorrow’s gonna hurt.