Today was a bit of a late start for us. Not for any particular reason, we just slept in a little bit.

Today was Tokyo day. Sure, we’d been to Tokyo before for clubbing, but I didn’t really see much of Tokyo. It’s hard to get a good idea of a place when you don’t actually see it.

Arriving at Tokyo station, we wound our way up to the Yamanote line, which runs in a circle around the city. This would take us to our first location of the day — Akehabara. If you’ve never heard of the place, you might have heard of a place in Tokyo where you can find almost anything electronic. This is that place.

The moment we exited the station, we were confronted with a huge wall of bright signs, neon lights, and blasting sounds of electronics for sale. It was time to see what really interesting things I could find.

We went into the first store along our path. Six stories of geek heaven. Digital cameras, video cameras, computers, televisions, stereo systems, Minidiscs — you name it. It was all there. All for the taking, if the price is right...

Which of course begs the question — is the price worth it? Well, that all depends on what you’re looking for. If you want something unique, hard-to-find, or so cutting edge it’s not available in North America, then you’re in luck. Otherwise, there’s not really a lot of benefit — you’re probably better off getting it where you are.

I wasn’t looking for anything in particular — a new digital camera might be nice, as would a Minidisc player, but the only thing I really had an interest in was a mini stereo system for my kitchen. I’ve been searching high and low for one that meets my rather meagre needs: multiple discs and detachable speakers that aren’t hard-wired. Over a year of searching in Canada had resulted in nothing. But here in Tokyo, I figured I had a chance.

The first mini system I saw had exactly what I wanted. For about $500. Interesting thing, though: it was only one of two such systems I saw al day. Through a dozen different stores, I only saw one other system that fit the bill. Eight thousand kilometres, and only two systems.

The biggest irony? Not much different than I could have got at home.

That didn’t stop us from hitting store after store, seeing what we could find. Lots of neat stuff, but none of it that we really needed. (Note that I’m not saying "wanted" — you can always want something.)

After about two hours, we gave up on Akehabara, and wandered out into the city to see what else was around. We passed by the transportation museum, and decided it was time to find out what was down the next alley.

Tokyo is littered with small roads (that would be classified as alleyways in most North American cities), each one different from the next, barely unidentifiable, and almost always unmarked (or so it seems). But they are always fascinating.

We stopped for an early dinner, some time around 17:30. We popped into a ramen shop for some noodles. The shop worked a little differently than others I’ve seen. Here, you put coins in a machine, which dispensed a ticket. You turned the ticket over to the cooks, who then made your order. My order, purely by my own lack of knowledge of ramen intricacies, was actually cold. Although not exactly what I was looking for, it was still very good.

We kept walking after our meal, turning at random streets and seeing where they went. Without really knowing where we were, we soon appeared in front of the Tokyo train station — more or less where we wanted to be anyway.

The Tokyo train station is old — built with western stylings, I can only guess it was build in the 1920s. It certainly predates World War II. From the outside, it doesn’t really look that big. But it goes a long way underground, and covers a lot of area above ground. The first time I arrived at the station, I had no idea where I was going. Now, I might be able to figure out where I’m going. Maybe.

Back to the Yamanote line, we headed in the opposite direction, this time heading to Shibuya. I wanted to see one of the most famous districts in Tokyo. 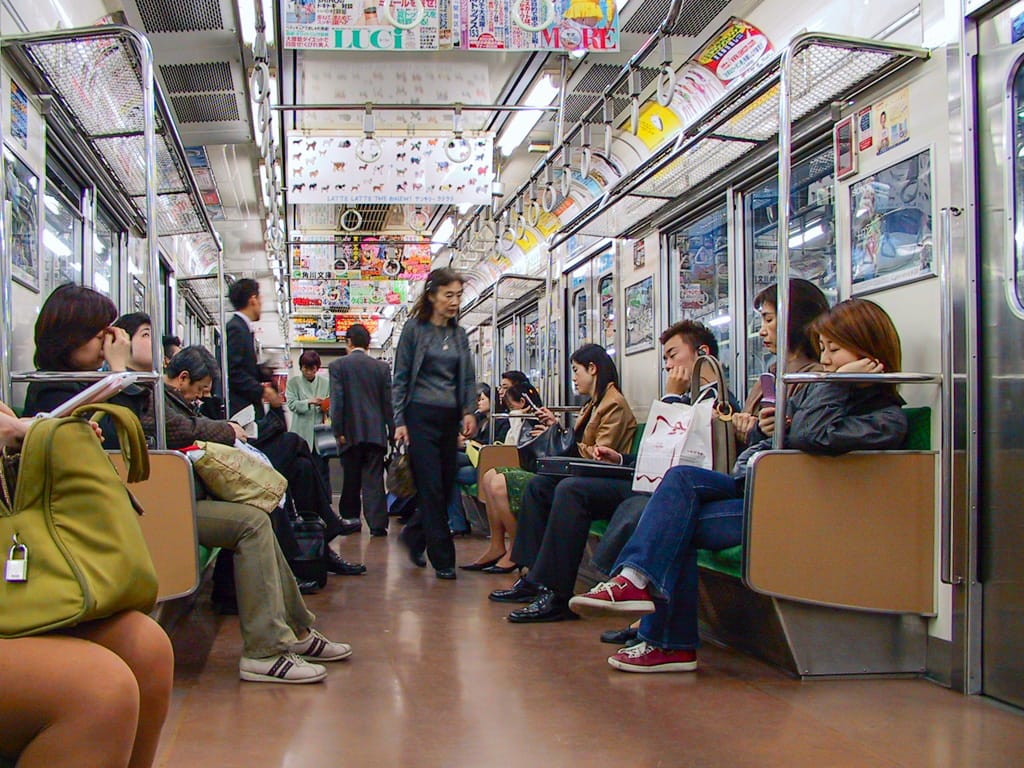 Shibuya is one of about three fashion districts in Tokyo. Like every other district in Tokyo, Shibuya has its distinctive denizens and a unique style from other areas. It’s a little grittier than other parts of Tokyo (at least the ones I’ve seen so far), but it’s still nice compared to similar areas of virtually every North American city.

We started at the intersection at the Shibuya station — one of the most famous in the world. It’s the one that always seems to be shown when the subject involves Tokyo nightlife. The number of people at this intersection alone is incredible. It makes New York City look deserted.

And so we wandered. I know I’ve used that word a lot, but it’s the most appropriate considering how we explored the neighbourhood. Up one road, hit a fork, go down another road. Most of the time, this would lead us into another interesting place we hadn’t seen.

But it also sometimes led us into shadier areas. One road in particular was littered with strip clubs and love hotels. A "love hotel" is pretty much what you’re currently thinking it is — a place where a couple can go to be with each other in private. Most people in this country stay at home until their mid-to-late 20s.

After a while, we ended up in front of the HMV. While a store I can find in Canada, I wanted to see if I could find some of the albums I was asked to hunt down while here. Besides, listening to music is still a favoured past-time.

Coming out of HMV, we went in search of something else to do. It ended up being a near-half hour search for something to eat, mostly so my poor feet could get a bit of a break. All that standing and walking around had reduced my feet to some serious pain. 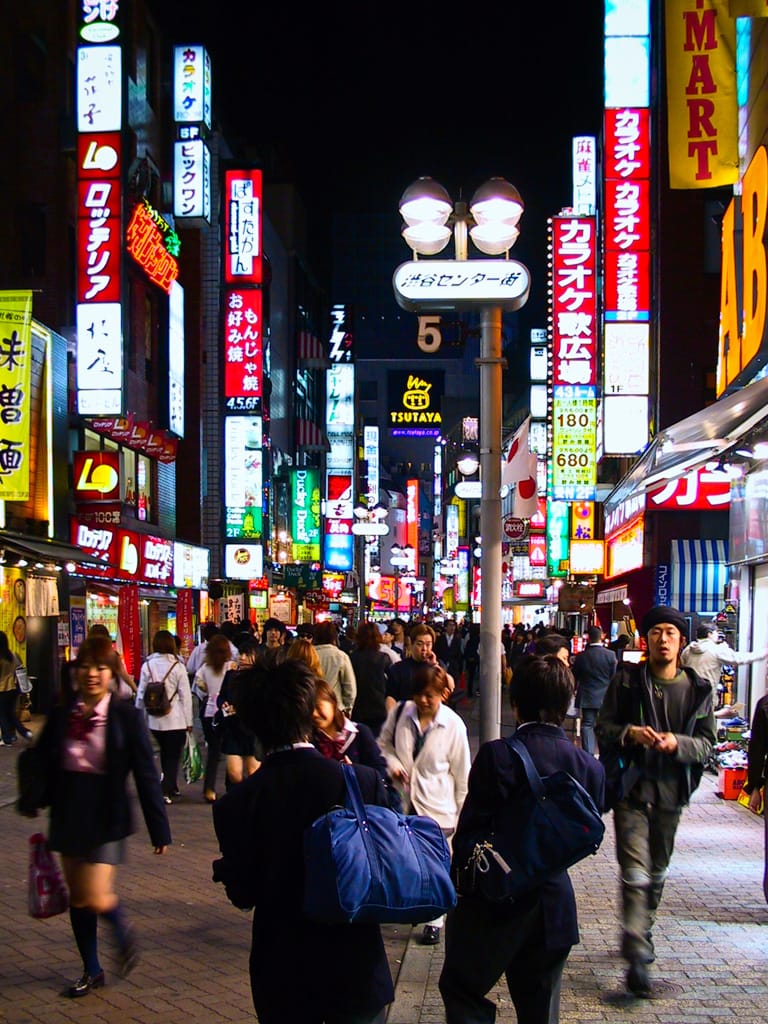 We ended up at a yakatori restaurant, which is basically grilled foods on a stick. Doesn’t sound like much, I know, but believe me — it was really tasty. And not being very large, it was just was I needed before we headed off on our next adventure.

Which ended up being getting our butts back to the train as fast as possible so we could get home. We got all the way to Chiba before the trains went out of service. We ended up having to take a taxi to Yotsukaido.

But no worries. Tomorrow is another day, and another adventure in Japan!