By comparison with yesterday’s activities, it would appear that I slept the entire day away.

For starters, I awoke after 10:00, the long day previous having sapped pretty much all my energy. Kaz was still here, but preparing to leave for Toyohashi. I needed a shower, and badly,

This was my first Japanese shower. Western showers are tall things, often allowing you to stand vertically while cleaning. In Japan, the shower is a small, open tub in a well-tiled room that has a shower head mounted to the wall.

Japanese flats, or at least Chris’, has no running hot water (there is cold water). All hot water comes from a small water heater that sits right next to the tub. It feeds hot water as needed.

It was then that I realized the things I had forgotten for this trip. Phone numbers aside, I had also managed to forget shampoo and conditioner. I don’t think my scalp will have too much trouble with this humid climate, so hopefully, I’ll be alright.

Kaz left around 11:30, leaving Chris and I to kill a little time until 13:30, when it was time for Chris to go to work. Today, he taught a class in Narita. (Chris teaches in several places, including here in Yotsukaido — this just happens to be roughly in the middle of his various teaching gigs.)

I would go the opposite direction, to Chiba City. Yes, I was there last night, but I wanted to see the city in the daytime. So Chris entered one platform, and I went to another. Chris looked perfect at ease waiting for his train. I felt a little ... odd.

I’m finally understanding what it feels like to be the only person of a particular race in an area. Since arriving, Jan is the only other Caucasian I’ve actually met. Today, I didn’t see a single other non-Japanese (not counting Chris).

It’s actually neat in a way — it’s a slight special feeling, but at the same time, no-one really seems to care. It’s kind of like: "oh, look, a strange gaijin..." and I’m forgotten within a few steps.

In fact, the only longer glances I got were from the school girls. And no, this is not a fantasy come true.

I do need to make a note of this, though. Japanese school girls pretty much meet the stereotype we’ve seen in the west: the uniforms, the giggling, and the really creepy sexuality that either their completely innocent of, or completely aware of (and you have no idea which it is). Suffice to say, I saw one girl eating an ice cream cone and ... well, it’s something I’ve not yet forgotten.

Chiba doesn’t look much different in daylight than it did at night. The biggest difference were the throngs of people — far more than last night. Of course, it was also a weekend (it’s Saturday), so it might have also been weekend trips to the semi-big city.

I wandered around a little, trying to follow the route we’d taken last night, only in reverse. I missed a turn, though, and ended up with a longer walk. Not that I minded.

I snapped pictures as I wandered around: the monorail and its tracks, the canal it runs overtop of (and the fish that swim in it), city streets, cars, and people — specifically, a guy dressed in a frog suit trying to entice people to enter a pachinko parlour.

Along the way, I decided to visit Parco, a local department store In many ways, Parco reminds me of The Bay or of Eaton’s. Lots of small boutique-like areas with each floor dedicated to a specific need. The prices were about right in line with what you’d expect in Canada.

I refrained from buying anything. This is for two reasons: One, I need to look around a little more, first. Second, I have very little money. This is due to lack of foresight on my part. I have no traveller’s cheques. I had assumed, rather foolishly I might add, that I could use my bank card here to obtain Yen directly. So far, I have yet to find an ATM that can access the North American networks. And I haven’t set up my credit cards to allow funds withdrawals.

To anyone coming to Japan for a visit, remember to bring either traveller’s cheques or a healthy amount of yen. Getting access to the funds you need from your back without a lot of trouble is, well, a lot of trouble. In fact, after two days, I get the distinct feeling I’ll need to go into Tokyo to finally get out some cash. 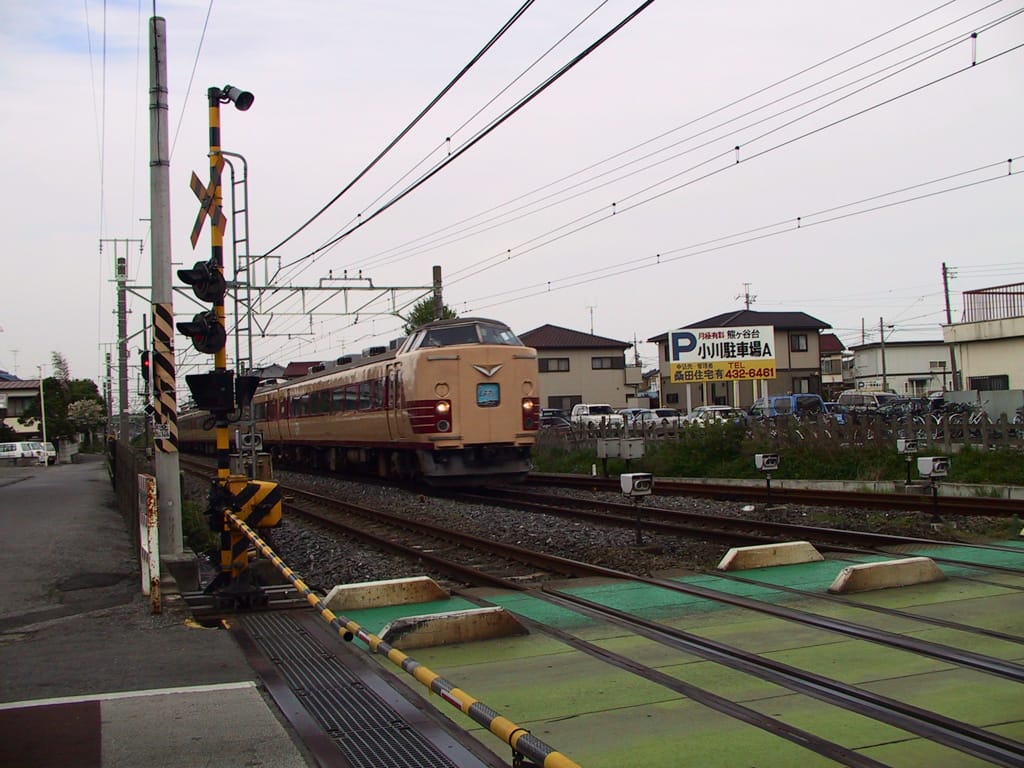 I found my way back to Yotsukaido without too much difficulty. After taking a couple pictures of the train station, I headed back to Chris’ flat to rest a little while before going out to take more pictures. I decided to watch one of Chris’ movies (Blade II) and take a little nap. Chris woke me a bare half-hour ago (it’s now 20:45), having fallen asleep on this futon.

The loose plan now is to go to something called a "VJ party" in Shibuya, one of the districts of Tokyo. The catch? If we go, we’re there until 05:00 at the earliest — the trains don’t run after midnight.