Wednesday 2 October 2002
[This entry written by Geoff Sowrey, ©2002 Canadian Broadcasting Corporation (CBC). Text used with permission of CBC. The opinions expressed within do not necessarily reflect those of the CBC, employees, affiliates, or subsidiaries.]

There was apparently a bit of activity last night. Early in the morning, Julie came up to me and asked if I’d heard anything during the night. Aside from the train itself, I heard little. Julie seemed … undecided, and then walked away. That, my friends, is a mystery just screaming to be solved. I had to know what happened last night. I checked with Emma, my guaranteed source for information. She didn’t know. The both of us were now insatiably curious. The investigation would continue most of the day.

One of the things we were told early on, long before we left Vancouver, was that we were never, ever to drink on board. This was explained away as insurance reasons. I don’t know if that’s the truth or the story, but the fact was that we were not to drink. Officially, the rule was followed. Unofficially, we broke every single rule we were given within the first two days of the trip. Both VIA and the CBC turned a blind eye to almost everything. At least until last night.

While breaking the rule (for the umpteenth time) of not staying in the baggage car while the train is in motion, several people (whose names I shall not divulge) indulged in another forbidden activity: alcoholic consumption. All of this was known, common, and though not accepted, tolerated. However, being the second-to-last night on the train, a couple of people got … happy. And perhaps a little sloppy. One of them, staying in a room in my Chateau car, accidentally went into Julie’s room, which was on the following Chateau car. I can’t really imagine what took place at that exact moment. When I finally heard the story, I couldn’t stop laughing.

Today was almost a repeat of yesterday, just with a shorter event. And a different city. And different event layout. And different performers. And no rain, with lots of wind. And it was hot. Okay, today has no semblance to yesterday, except the province, arrive, set-up, event, tear-down, pack-up, and leave.

Today was Moncton. Most of us had never been here before (like any of us had been to Campbellton — except Marc).

We had no Internet access. Quel surprise. A little miffed since I could see a huge NBTel tower about a kilometre away. I can only assume that either NBTel doesn’t have a 1x network, or doesn’t have a deal with Bell Canada to rebroadcast users onto Bell’s network. It didn’t change the fact that I had to find an Internet Cafe. I wandered east through town on directions from local VIA staff. Up and down streets I went, but no Internet to be found. Not even a hint of Internet. For all I could tell, Moncton was digitally isolated from the rest of the world. The only thing I found of note were three churches sitting kiddie-corner to each other, at the corner of Church and Queen: United, United Baptist, and Anglican. Connectivity, yes, but with the wrong deity.

Deprived of Internet, I returned to the train to begin our set-up. The weather was windy, but promised little chance of rain. We went for the entire New Media configuration. Some of the other tents skipped some of their items: Sports dropped the cut-outs, and the Boutique opted not to use “The Beast”. All the tents were heavily staked down, and remaining signage weighted down with sandbags and tied up. Our loose items (such as the bookmarks) had to sit carefully on the tables so a strong gust wouldn’t blow them off into oblivion. Sports, at least, had a small mountain of fridge magnets to hold their pages in place.

Although we didn’t officially open until 15:00, people were already arriving by 14:30. Early arrivals weren’t a problem — we were all ready to go live with the show. Our friend Murphy, mostly silent throughout the trip, decided we’d become too smug in our preparations. That’s probably why the power went out at 14:58. Apparently the entire neighbourhood lost power, not just us. Most of the tents, half of the VIA station, most of the mobile, and the entire train went without power. At first I was confused, since we normally run off our generator, and our cars off the locomotive’s HEP generator. It would figure that the first time we run everything off shore power that there’s a blackout. 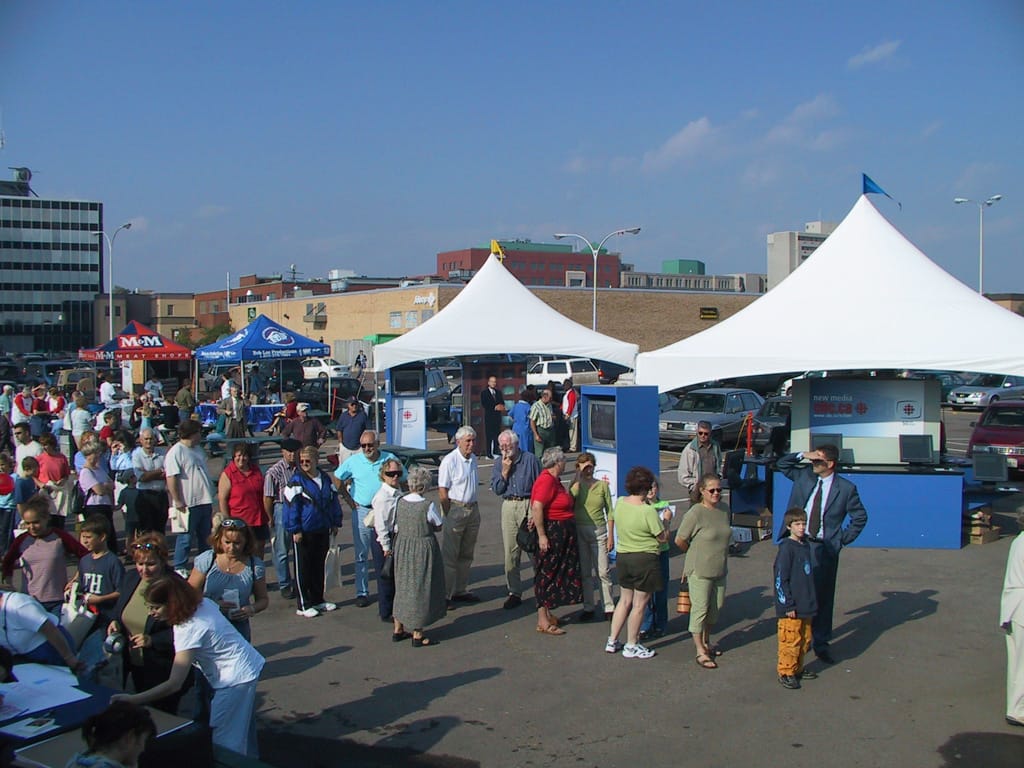 Somehow, the New Media tent — the one with the largest power requirements of any tent — was unaffected. News, Sports, half of the mobile, the museum, and half the train station were completely in the dark. Within twenty minutes, the engine was switched to HEP, and power ran back through the train. The museum came back to life, and visitors finally started to walk through. News and Sports would be without power until much later in the afternoon, when the power company finally fixed the problem.

The lack of electricity didn’t dampen any spirits, however. Visitors created a near two-hour line to see the museum. Every tent had a swarm of visitors. Koceila and I were on our toes most of the time. Koceila talked mostly about the Archives site — I talked to people who have been reading my journals online. It’s still really bizarre being a virtual pseudo-celebrity. I’m truly amazed at the number of people who read these things. I’d always thought it would be kind of neat to do. That people would not only read it, but try and find me was something I honestly hadn’t expected.

Later in the afternoon, we had to temporarily close the museum. This time, it wasn’t due to errant electricity. It was due to the scheduled arrival of VIA’s Ocean train. The Ocean runs from Halifax to Montreal, and is the oldest scheduled train in Canada. It will have run for 100 years of service in 2004 — a trip I might have to make for myself. As it is scheduled (runs every day except Tuesday), we had to temporarily shut down for about 40 minutes while the Ocean did its thing. Then it was off to Montreal, and we got back to entertaining. 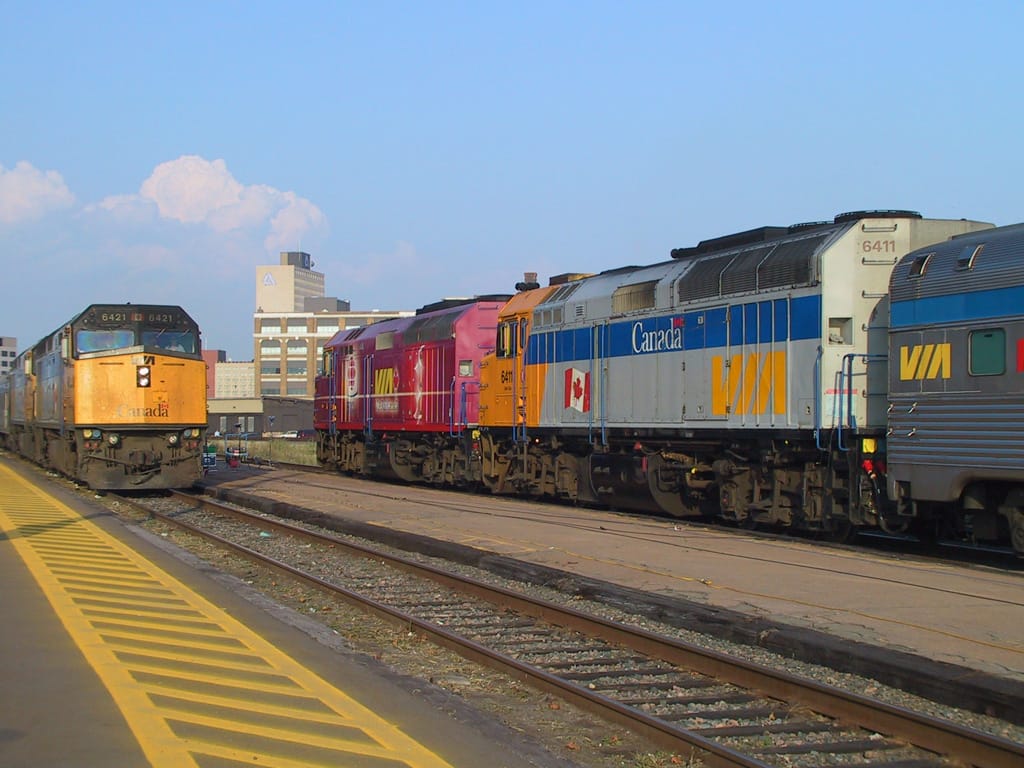 Speaking of entertaining, there were a few live acts floating around. But not on a stage outside. Due to problems with the site layout and the potential weather, the stage was inside. That’s where you could find Anthony McLean, a couple of bands, and the Moncton Ballet. Yes, the ballet. Believe me, we scratched our heads at that one, too. They were good, even crammed into the wee spaces of the station. 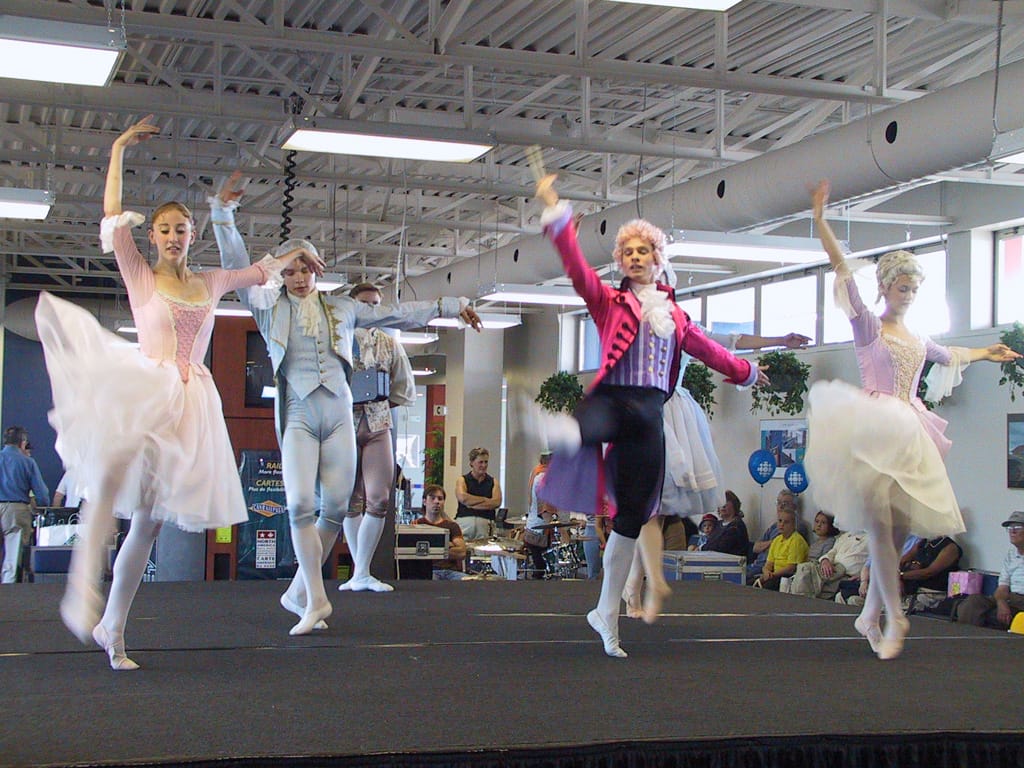 About a half hour before we began tear-down, I had a woman approach me. I haven’t seen a smile that large since we’d started. Her first words were “thank you for coming”. She then detailed almost everything in our museum, and how wonderful it was to see it all. “You should be proud of the work you’ve all done here. The team must be so amazing to make this all work. You should congratulate yourselves on a job well done!” Just as calmly as she appeared, she vanished into the crowd.

It’s people like her that kept us going after our longest, hardest days. They’re the people we want to reach out to. Not because we want the congratulations, but because they’ve supported the CBC over the years. Public company or not, without loyal viewers (and listeners), the CBC would not exist.

As the sun went down, we started to strike our sets. For the tents, it would be the last time — we won’t be using them in Halifax. Things went back in boxes, tables were collapsed, monitors packed away, and things carted back to the train. When it finally got dark, we noticed something. Mosquitoes. The last time we’d seen insects was Melville. We’d had to close early due to marauding hoardes of the bloodsuckers. There weren’t as many in Moncton. Probably because the air traffic controllers had to line the beasts up in order to get near us. And unlike their Melvillian cousins, these little buggers actually hurt!

Our strike was faster than previous ones, probably the fastest we’ll ever do. Whether or not it was due to experience, or due to the overwhelming flood of giant mutant mosquitoes is up for debate. Either way, our second-to-last pack job was done in record time, which was fine for us — the faster we could lock the doors, the less painful the bites would be.

On 5 September, we had our first full-scale strike of our sets. It took us over three and a half hours. We joked that we would have it down to an hour and a half when we got to Halifax. We broke the time tonight, our last item loaded into the baggage cars barely an hour and a half after starting. It was reason to celebrate.

But it’s a bittersweet celebration. Our time together is rapidly ending. Tonight will be our last on the train. As I write this, we are rolling steadily closer to Halifax. Tomorrow we leave our home of the last month for the last time. We take with us the strange stories that can only be created when living in the conditions as those on our train. We will miss it dearly.

I spent some time in the Banff Park’s dome, watching the train weave its way through the canyon of trees. The only light came from the lead locomotive’s headlamps, and from the odd light buried in the forests. I will only be hearing the mournful blats of the horn for a little while longer. I’m still debating on whether I want to go to sleep tonight. 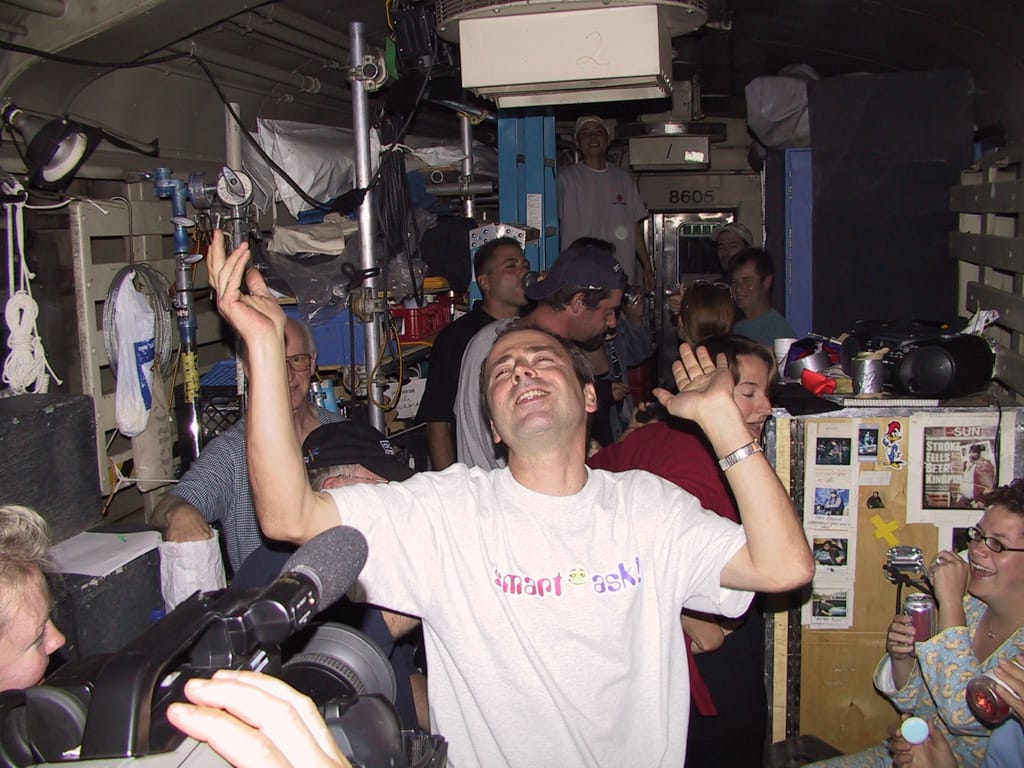 On 7 September, I said I would have a difficult time leaving this train. I’m not the only one.