Tuesday, 24 September 2002
[This entry written by Geoff Sowrey, ©2002 Canadian Broadcasting Corporation (CBC). Text used with permission of CBC. The opinions expressed within do not necessarily reflect those of the CBC, employees, affiliates, or subsidiaries.]

Ivan and I met arrived at Union Station at almost the same time, but from opposite ends of the GTA. Both of us had taken the GO Train to downtown. We met, as planned days earlier, under the clock in the centre of the Union Station upper atrium. The arranged meeting time was 9:15; Ivan and I were a good 45 minutes ahead of schedule (mostly due to how frequently the GO Trains run in the morning — though for me, it was also making sure I was punctual). We grabbed a quick breakfast at the Harvey’s while we waited.

One by one, people slowly began to arrive. Sometimes in twos, but usually individually. While we were waiting around for more people, Daryl pointed out a book on sale at an adjacent kiosk. It was a photography book whose subjects were railroad-oriented (not necessarily trains). The pictures were mostly black and white. All of them were strangely mesmerizing — things you wouldn’t normally think to take pictures of. And for $10, you certainly can’t go wrong!

The crew had almost all arrived by 9:15, at which time we headed into the train. Although everyone who could go home (a few of us live out of town) enjoyed sleeping in their own beds and being with family, every second utterance I heard as we climbed aboard was "it’s good to be home".

Many of us, including myself, are now fighting off a cold. Illness spreads quickly when people are in confined spaces for long lengths of time. (That, combined with lack of sleep and lots of stress, usually do a number on the human immune system.) Luckily, it’s nothing serious, just your run-of-the-train kind of rhinovirus. More annoying than debilitating.

We said farewell to Jason, Debbie, and Ingrid in Toronto. This morning, Lisa joined us to take Jason’s place. Hopefully she won’t feel too excluded from our group — I suspect it won’t take long for her to blend in. We have no replacement for Ingrid, and I’ll be on my own until we get to Montreal. For a while, I’ll know how Cliff must have felt in the first couple of weeks, before Trish joined us. 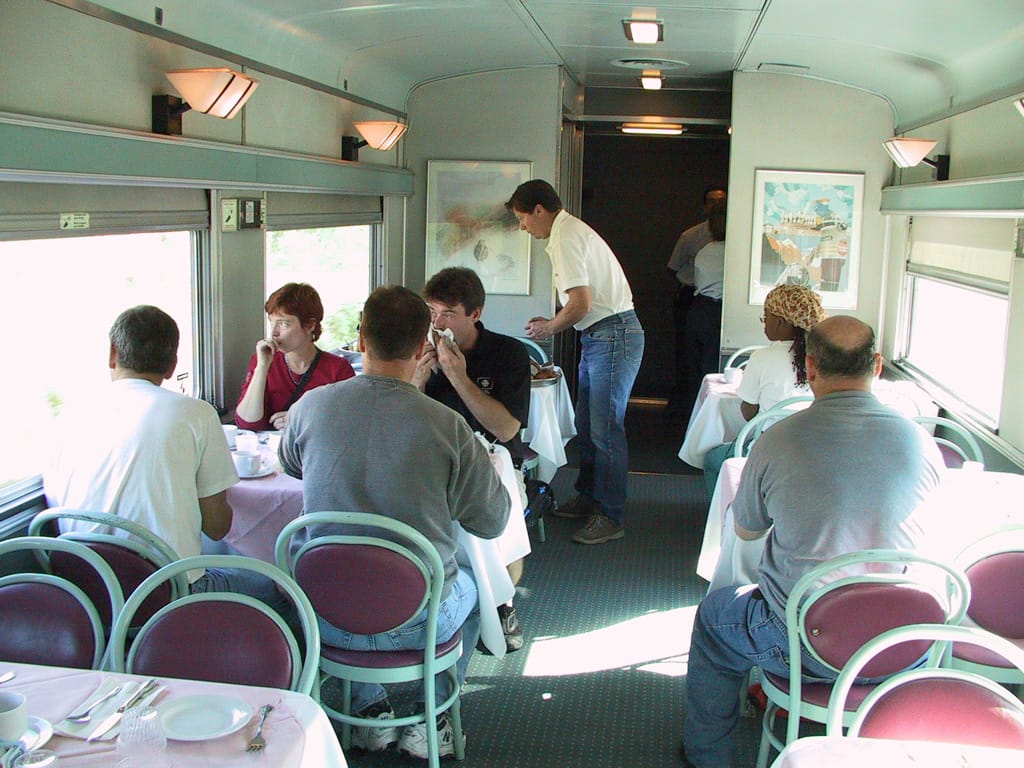 The trip to Ottawa was fairly expedient. I’d taken the train between Ottawa and Toronto only once before, but that was on an LRC from Ottawa. This time, I rode in the Skyline dome, watching the world pass by in a way I’d never thought I’d see. We were eating lunch when we passed through Kingston. We waved at the dozens of people who lined the platforms waiting for us to pass through. 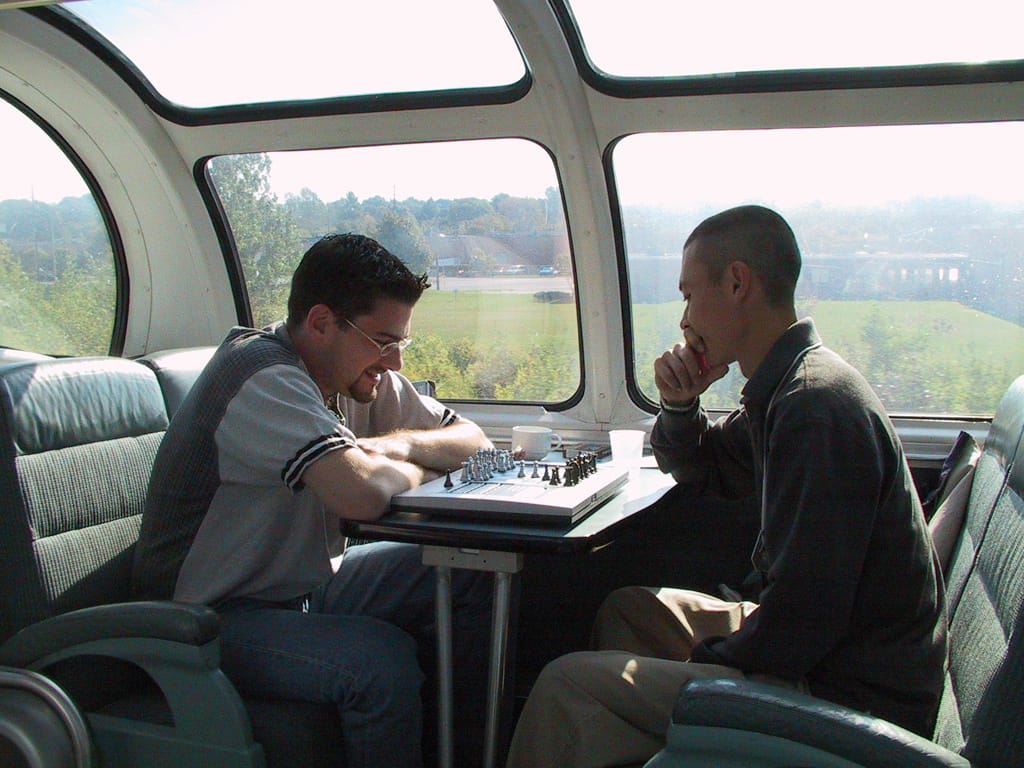 Our trip up the Alexandria Subdivision (Brockville to just south of Ottawa) took a little longer than planned, mostly due to a rail traffic jam. The Alexandria Sub is single track, and if one train is late, it throws the entire schedule off. We ended up a little behind schedule arriving at the Ottawa station. Unfortunately, we never recovered that time. Due to depart the station around 18:00, we didn’t end up leaving until almost 19:00. (I have no idea why.) At an agonizingly slow speed, we shunted around Ottawa until we could back up the spur to the Canada Science and Technology Museum. While it was torture for us, the train chasers who lined our route must have loved the slow pace.

Arriving over two hours late at the museum, we had to wait while VIA spent over an hour shunting the Renaissance train. The tension level on our train skyrocketed to an all-time high. Even the agony of Winnipeg seemed a dull ache compared to the fury rising in many people. The CBC staff and our VIA crew were about ready to start breaking windows and jumping from open doors. It wasn’t so much that we were stir-crazy, but that stupid Renaissance train has been putting us behind schedule consistently since we picked it up on the 19th.

Although we never admitted to it publicly at the time, we were ready to do something nasty to the Renaissance train. Something that would prevent it coming with us for the remainder of the trip The delays were intolerable, and inexcuseable. This was supposed to be our show, not VIA’s, and their constant delays were causing us to miss schedules and inconvenience everyone.

Finally, four hours after we were to start our partial set-up (tents and kiosks), we detrained and proceeded to quickly unload the baggage car. In just over an hour, we erected all the tents, and were ready to finish our set up the following day. We ended up having to do more work than we should have, but mostly because we had to make sure that the museum would be ready for operation in the morning — the schools would start early.

Taxis started arriving not shortly after we finished, and we all headed to the hotel to check in. Being a complete idiot, I left my wallet on the train. This made checking in a little more difficult. (It would also make going out troublesome.) I wouldn’t be able to access any services, but I could at least shower and sleep that night.

The phone in my room already had a message. Terri and Elizabeth, from New Media in Toronto, are joining me for the 12-hour event tomorrow. I’m very thankful they’re coming. Doing this with two people is difficult, let alone one. Stretch that over 12 hours, and I’d be about ready for a long stay in a rubber room by the end of the day.

We broke for a late snack at a pub across the road. I had to beg and borrow due to my lack of foresight (see my wallet comment). Despite all the grumblings earlier in the day, everyone seemed to be in good spirits. In fact, we seem to be really positive about tomorrow’s event.