Saturday, 21 September 2002
[This entry written by Geoff Sowrey, ©2002 Canadian Broadcasting Corporation (CBC). Text used with permission of CBC. The opinions expressed within do not necessarily reflect those of the CBC, employees, affiliates, or subsidiaries.]

If it’s the 21st, it must be London. We can’t tell you the day of the week; we just know where we are. Cities have become our days. We ask each other: "What day is it?" The answer is: "Melville", or "Windsor", or "Travel". You could come up to us and say "today is Thursday", and we’ll just nod our heads.

London is the first event that’s not really our event. It’s actually VIA’s. VIA is promoting their new Renaissance trains throughout the Montreal-Windsor corridor. We have a P42 and a six-car renaissance car consist as part of our train. We separate the trains when we come to a station.

This was another minimalist event — no tents, no kiosks. The museum was open, the Boutique and the Information desk were set up in the tunnel from the station to Tracks 2 and 3. There’s nothing like a captive audience. 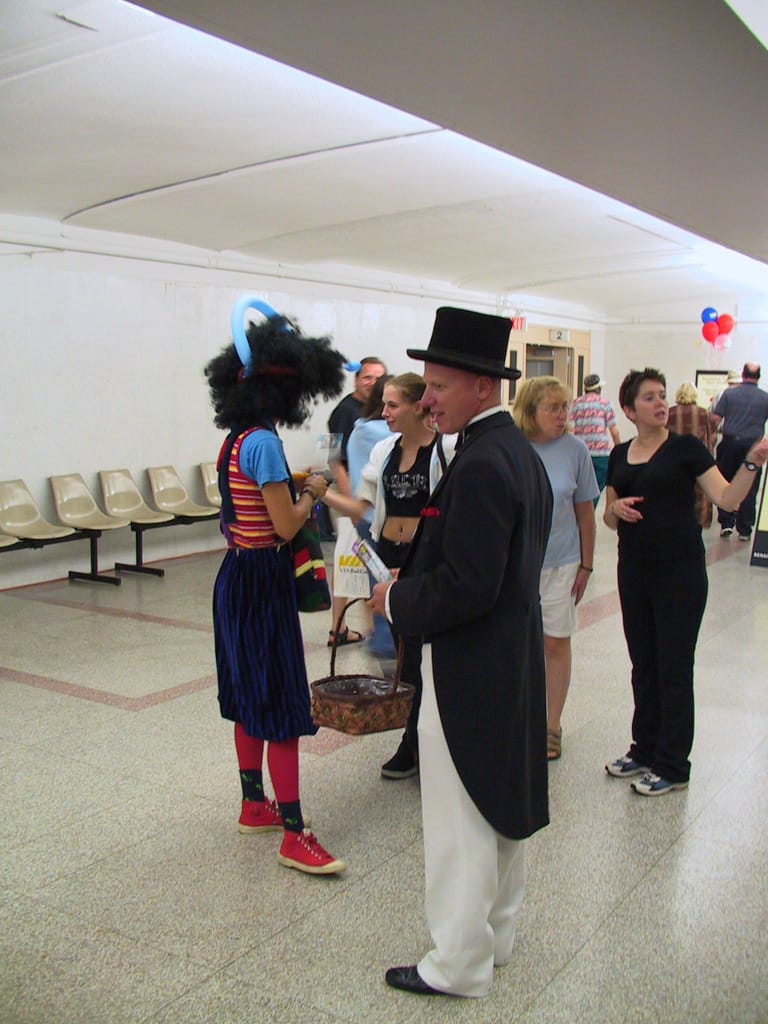 At first, we thought the day would be a write-off. People were coming to see VIA — we hadn’t advertised our presence in London. But as morning became afternoon, more and more people came out to see us. For about an hour, we had a line-up at the Information desk at least 50 people long! It took three people to madly stuff items into the gift bags for the visitors. One thing I’ll give Londoners: They’re very polite, and very patient. 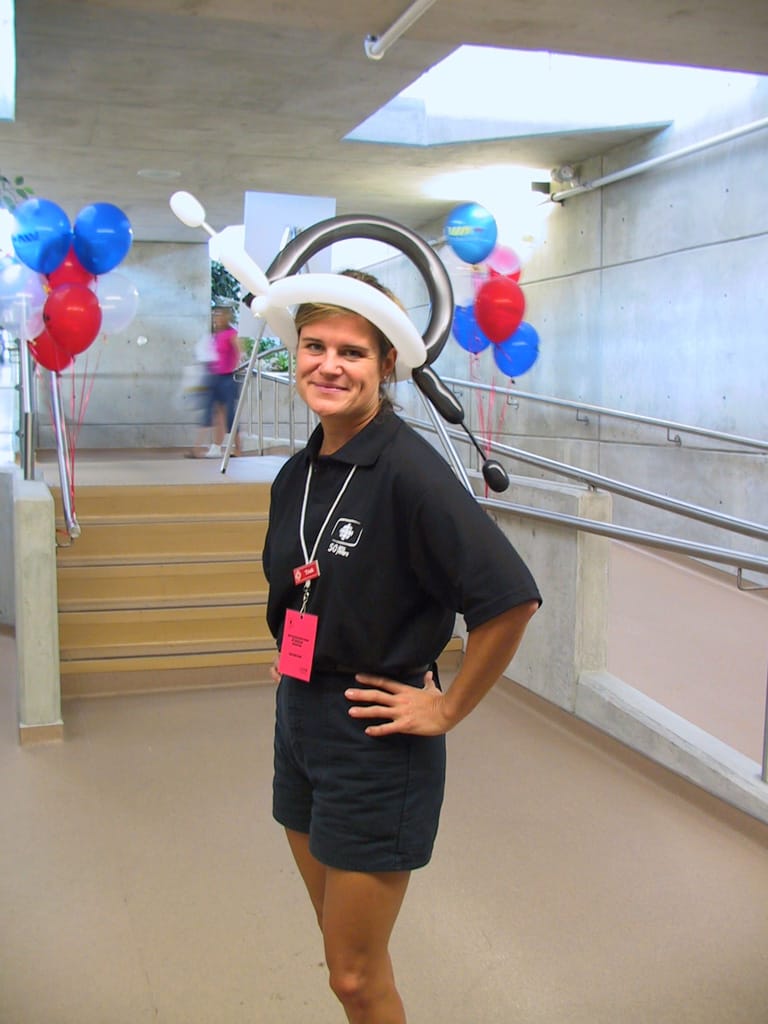 People streamed in steadily all day. Almost all of them signed their names and comments in our guest book. A few people, especially those aged about 28-40, repeatedly commented on the museum. "So wonderful that you brought it here", and "I never thought I’d get to touch the Friendly Giant’s costume". One older woman, who remembers the early days of CBC Television, simply said: "It never occurred to me that Maggie Muggins dress was coloured" (she had only ever seen the show in black and white).

Although London is a smaller market for CBC Television, many of us felt we should have done a full show. We had enough people; we had great weather. The only thing we didn’t have was a great deal of space. Perhaps in hindsight, the partial event was a better idea.

We did have enough space (and good weather) to lay out our tarps and tents on the platform to dry. The deluge in Windsor had left them all wet, and fairly dirty. As we wouldn’t raise all the tents again until Ottawa, we mopped them clean and let dry in the warm London sunshine. Bill S. took to swabbing the decks, so to speak. Not the sort of thing you see every day. 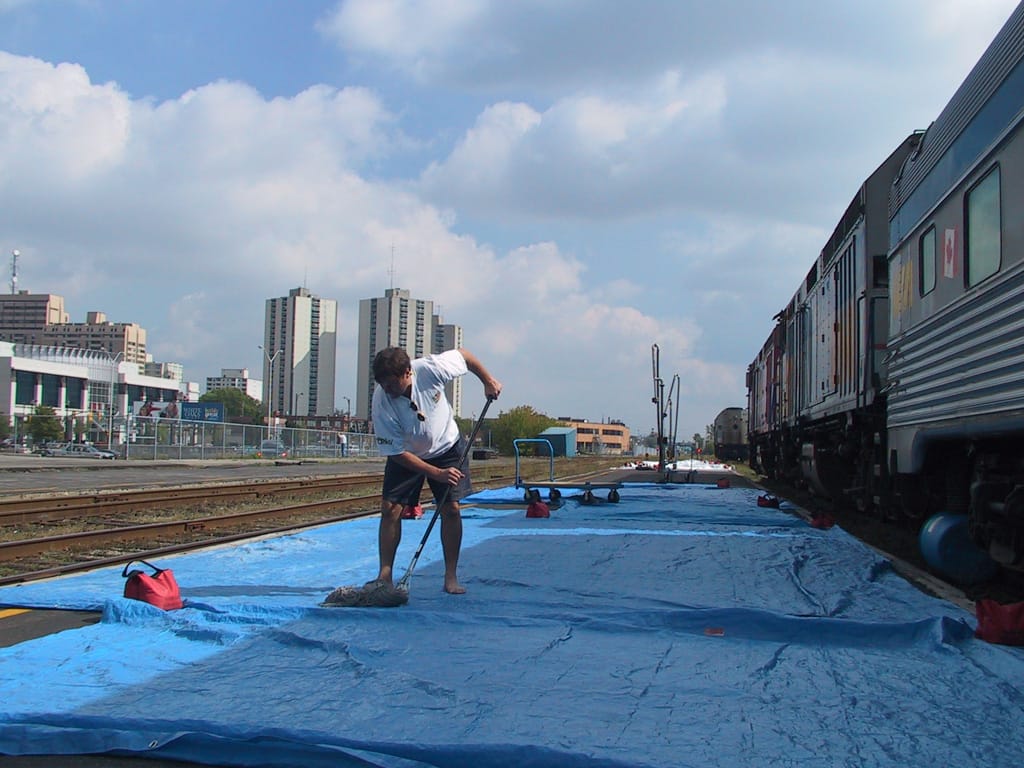 I took a break partway through the day to do my photo run. This is when I’ll wander around the site or general area to take pictures of the event. Based on some information we’d received, I made a side trip to the Covenant Garden Market.

The market is a new building, about three blocks from the train station. Inside are some wonderful stalls with fresh fruits and vegetables, delicatessen meats, cheeses of the world, and fragrant flowers. Without my own personal refrigerator, however, anything I purchased would go bad in a couple of days.

By 4:00pm, the event started to slow down. The University of Western Ontario was hosting a football game that afternoon, and it probably drew a fair few people away. But that was fine with us — we had time to wrap up and pack things away. By 6:00, we were ready to leave. 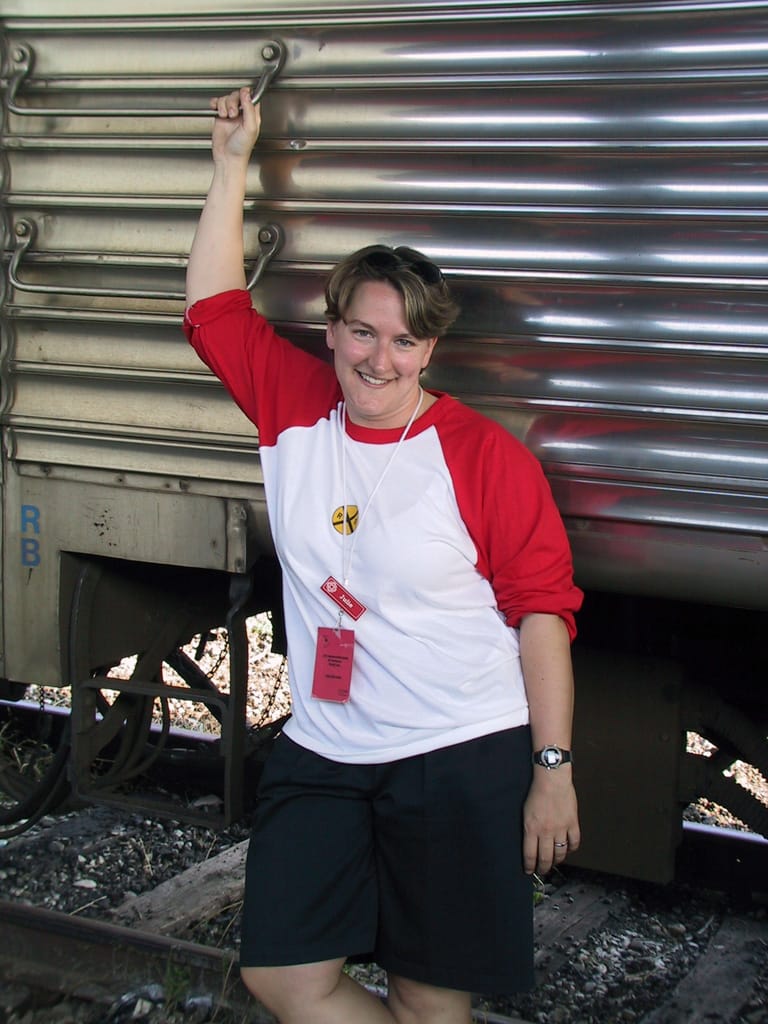 The trip back to Mimico was a fairly familiar one, having rode the GO Train more times than I can count. Once at Mimico, we detrained and departed either for home (for those who lived there) or to a hotel (for those of us far enough out of town, or out of province not to have a room to call home). We arrived late enough, and had an early enough start the following day, that I opted for a hotel room rather than stay the night with my family in Oakville.

For the first time since we’d started on 4 September, we went our separate ways. It was an odd feeling, to say the least.