Wednesday 18 September 2002
[This entry written by Geoff Sowrey, ©2002 Canadian Broadcasting Corporation (CBC). Text used with permission of CBC. The opinions expressed within do not necessarily reflect those of the CBC, employees, affiliates, or subsidiaries.]

Last night was long. I rode in the Skyline dome with Angela, Tracy, Roger, Cliff, Debbie, and Marc until we arrived at Oba. By then, only Angela, Tracy, Marc, and myself remained. We switched onto the Algoma Central, crossed the diamond and began our trip south. An hour later, I was the only one watching the train’s journey.

I’ve always wanted to ride the Algoma Central, particularly in the autumn. Sadly, it was not yet time for the trees to turn, and it was in the middle of the night. Yet I sat there, staring into the night, only able to see what the locomotive’s headlight illuminated far ahead of me.

As much as I hate to admit it, I think I was depressed. This group feels like a family to me, yet there are times I feel strangely isolated. I know I’m not being actively excluded — it’s probably me not being a CBC employee. I’m a contractor. Everyone else has the commonality of actually being there. They can talk about certain people, they can talk about places or events. I can only listen. I guess I’ll always have that outside feeling.

I retired to bed before I stayed up all night. The last thing I want to get caught up in is the spiralling dismay at a lack of a relationship or lose hope in the future.

I awoke at mile 54 of Canadian Pacific’s Nemegos subdivision. During the night, we were held up at Franz awaiting clearance to proceed. We were running late. Originally, we were to arrive at Capreol in the mid-morning. Now we were aiming for arrival in Sudbury around 11:45. That left barely an hour to set ourselves up for the event.

The delay had a benefit — we got to see more of Northern Ontario. Steam rose from lakes warming in the early morning sun. Trees grew impossibly from billion year-old rock. You could almost hear the call of the loons through the windows.

It reminded me suddenly of a National Film Board short called “A Rail Trip West”, featuring silent legend Buster Keaton. Although years since my last viewing, I could remember Keaton’s character climbing into a speeder (which was used to inspect rail lines) and travelling all the way to Vancouver. The movie fascinated me as a child, and ever since I’d wanted to travel the country by rail. This trip has largely fulfilled that desire.

As we got closer to Sudbury, the fog lifted and the clouds began to part. It was like coming out of a dream. All yesterday, we’d dreamed and rested. Now we were coming back to reality, and the purpose of our cross-country expedition.

Arriving for our updated time, we immediately proceeded to set up for our partial event. Having a platform made things significantly easier — we didn’t need an elaborate rig of boxes and shims as we’d had in Melville. In just under an hour, the museum, part of the Boutique, and the Information desk were ready. 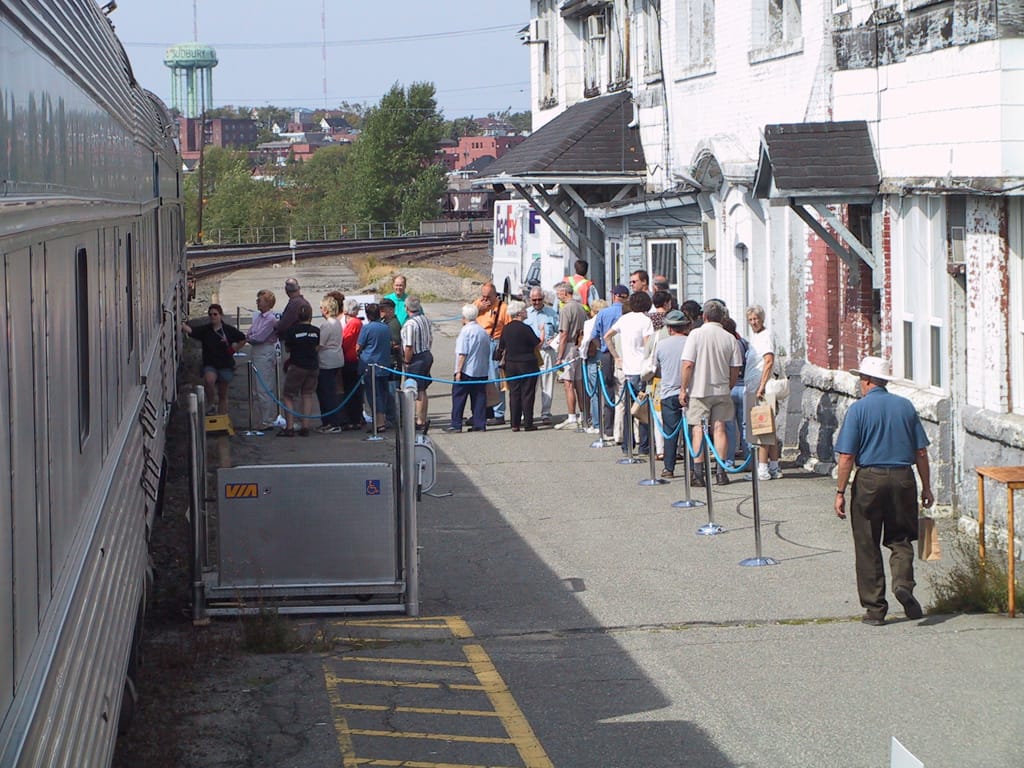 People were already there. And people kept coming for the entire four hours. It was a steady flow, mostly of older people until the schools got out. People were nice, friendly, and happy to come down to see us. There wasn’t one disparaging comment the entire afternoon, even when we had to tell a family of four that we’d closed for the day, and were preparing to leave. This was the stop we needed. 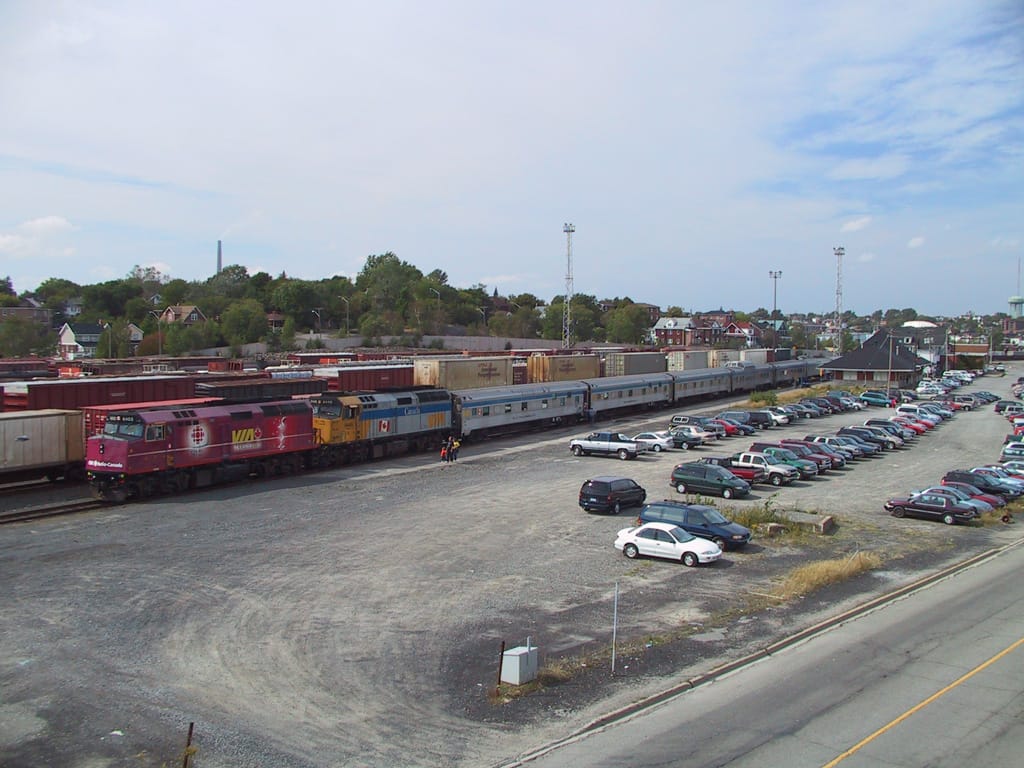 Fairly early in, I decided I needed to get pictures of Sudbury’s famous Giant Nickel. Only problem was, I didn’t know where it was. So I asked the VIA station staff. One of them kindly offered to give me a lift to see it (the distance wasn’t easily covered on foot). I grabbed Daryl, since I was reasonably sure he’d want to get the Nickel on video. The three of us hopped in a car and off we went. The man, probably in his early 20s, was perhaps the single worst stereotype of male chauvinist pig that I’ve ever seen. I actually felt embarrassed being in the car with him. (Anyone who leans out the car window, while driving, and shouts “Hey baby!” while passing attractive women really needs to be removed from the gene pool.)

At least Daryl and I got footage of the Nickel. 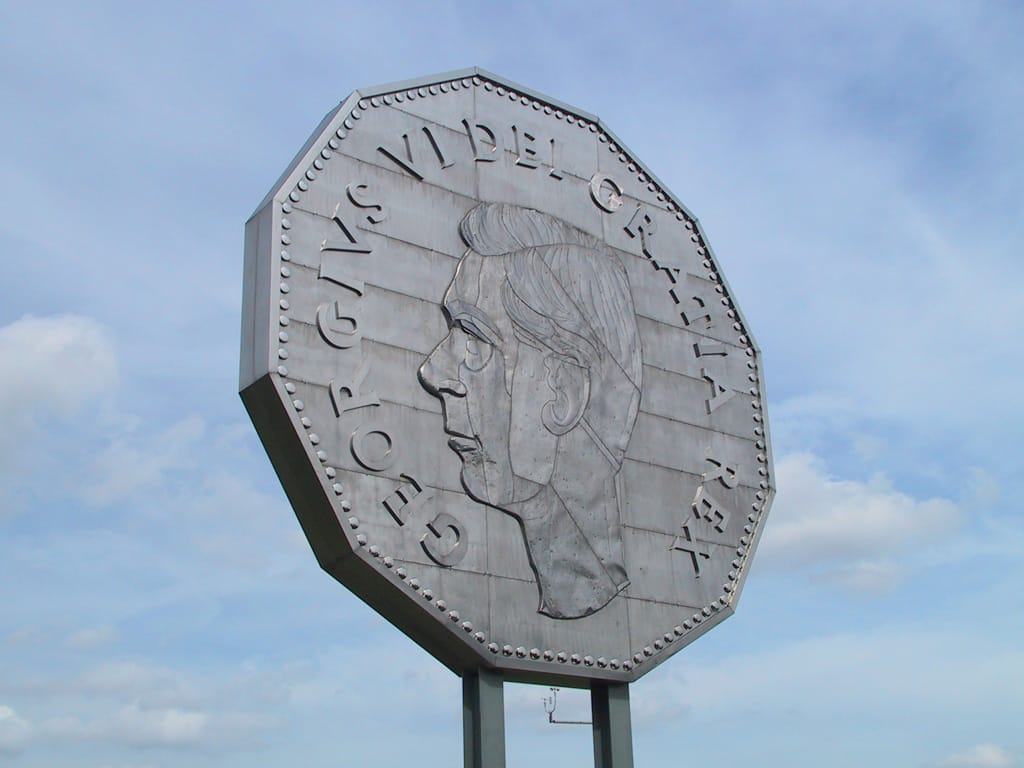 CBC Radio was roaming around doing interviews with several of the crew. I was interviewed twice — once by a woman (whose name and radio station I now sadly forget), and once by the Points North show, for CBC Radio One in Sudbury. It was a short interview, and mostly about the ShowVote program. It was my two minutes and thirty seconds minutes of fame.

Five minutes before 19:00, we pulled out for our journey to Toronto. We sat, ate roast boar stuffed with venison (we somehow snagged one of the Silver and Blue chefs, who has spoiled us rotten since leaving Winnipeg — not that I’m complaining), and watched the scenery slowly slip into blackness. 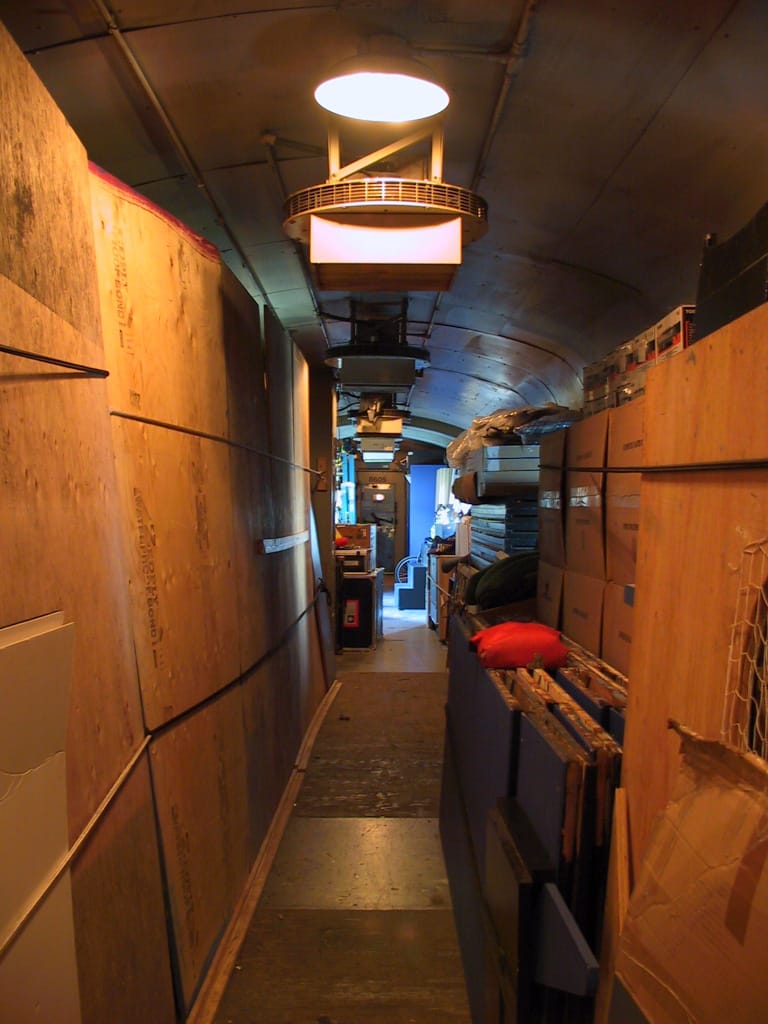 Around 22:00, we started to gather in the Park car. The official intent was to play Pictionary. The unofficial reason was to say goodbye to the Service Manager who’d been with us since Vancouver, Jeannine. She had been our mother, best friend, assistant, and guide over the last 12 days. We were sad to see her go.

Presented with a token of our esteem, a book (which we’ll all sign), a hat, and a sweatshirt from the Boutique, we also indulged in a forbidden pleasure: drinking on the train. Jeannine joined in, even though it was more of a no-no for her than for us. We, of course, won’t tell anyone.

I eventually returned to the dome of the Skyline to watch our approach into Toronto. Soon, things became recognizable: the Oriole GO station at Leslie and the 401, the Don Valley Parkway, Pottery Road, the Bloor Viaduct, and finally, downtown Toronto and the CN Tower. It felt a little like home.