Tuesday, 17 September 2002
[This entry written by Geoff Sowrey, ©2002 Canadian Broadcasting Corporation (CBC). Text used with permission of CBC. The opinions expressed within do not necessarily reflect those of the CBC, employees, affiliates, or subsidiaries.]

I awoke as the train pulled into Sioux Lookout, ON. This isolated town is the launching point for excursions into the north, and for sportsmen heading out for fishing and hunting expeditions. It’s also a divisional point on CN — we were again changing engineers.

Gerry’s father-in-law hailed from Sioux Lookout, and Gerry has some ties to the town. No sooner than we arrived, he dove out to find a church to which the family had donated stained glass windows. I sufficed with photographs from the train. 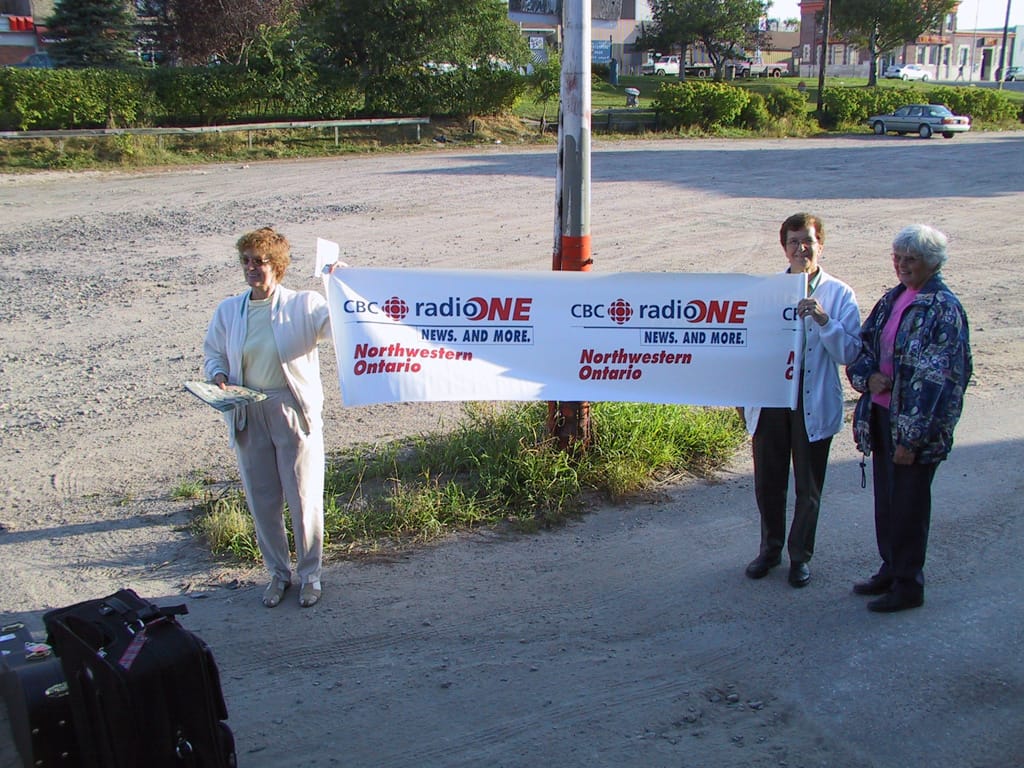 The train pulled out not long after I’d finished breakfast, on our way to the next divisional point, Armstrong. I took up residence in the dome for a while to watch the scenery before I realized I was about to fall asleep. I returned to my lower berth for some additional rest. At around 11:15, 139 miles further down the line, we pulled in for train orders. I felt more awake than I had in days.

The battle for the shower began about two minutes out of Armstrong. Ingrid, Stefani, and I all wanted in. Somehow, though I had been waiting longer than the other two, I ended up going last. There was probably some chivalristic thing going on, but it was probably that fighting over something that trivial only succeeds in making people angry.

[I should note that a couple of days later, I found out that I’m a hipocrite. Earlier in the trip, Emma and I had run into a similar situation. I can’t honestly remember doing this, so either I was completely out of my mind — a plausible situation — or I was being a jerk. I jumped into the shower ahead of Emma after she’d declared that she needed one. How chivalristic of me...]

The day passed wonderfully slow. We talked, slept, ate, napped, read, rested, and didn’t think about what was coming next. It was a day spent doing nothing but watching relaxing scenery and goofing off. Our first true day off since we started two weeks ago.

I sat watching out windows. The scenery up here is gorgeous. "Ontario" means "Land of Shining Waters", and it’s easy to see why. I couldn’t hope to count the number of lakes we passed between Armstrong and Hornepayne. The trees screened the lakes, a slow tantalizing reveal as we moved along. As I stared at the near-blur of trees, it became a kind of strange martial art. 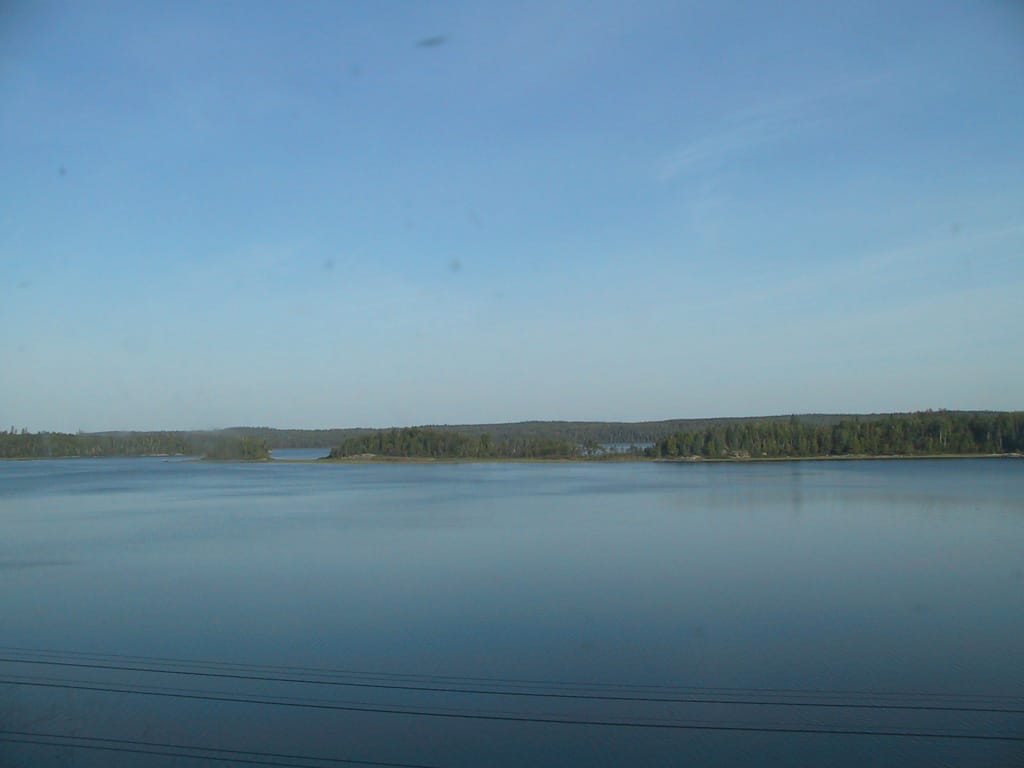 Xen and the Art of Passing Trees. As the tree passes, look at its shape, it’s colour. How does it differ from those around it? Is it attractive? Is it happy? Does it look healthy? Would the tree be a good friend, or an enemy? As you contemplate the tree, can you see the forest behind it?

We arrived in Hornepayne around 19:15. Another divisional point, it still retains some remnants of its former railway glory: the coaling tower and an engine house. Here we expected to leave for Capreol, where I had hoped to take pictures of ex-CNR steam locomotive #6077. It’s a sister locomotive to the Rocky Mountain Rail Society’s #6060, one I work on as frequently as I’m able. 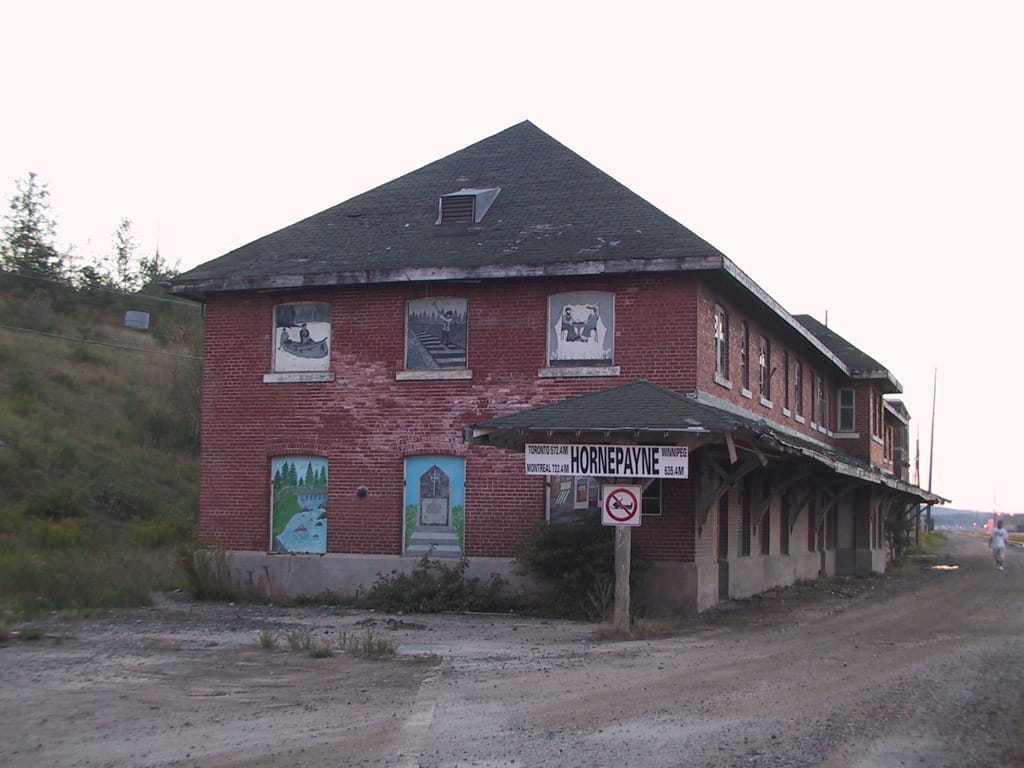 It seems fate, however, is not on my side today. A derailment on the CN line has blocked our exit. As of 22:44, as I write this, we are still in Hornepayne. Although the plan is not yet entirely clear to me, we are to continue to Oba, south to Franz along the Algoma Central, and then along CP to Sudbury. We completely bypass Capreol. #6077 will have to wait. 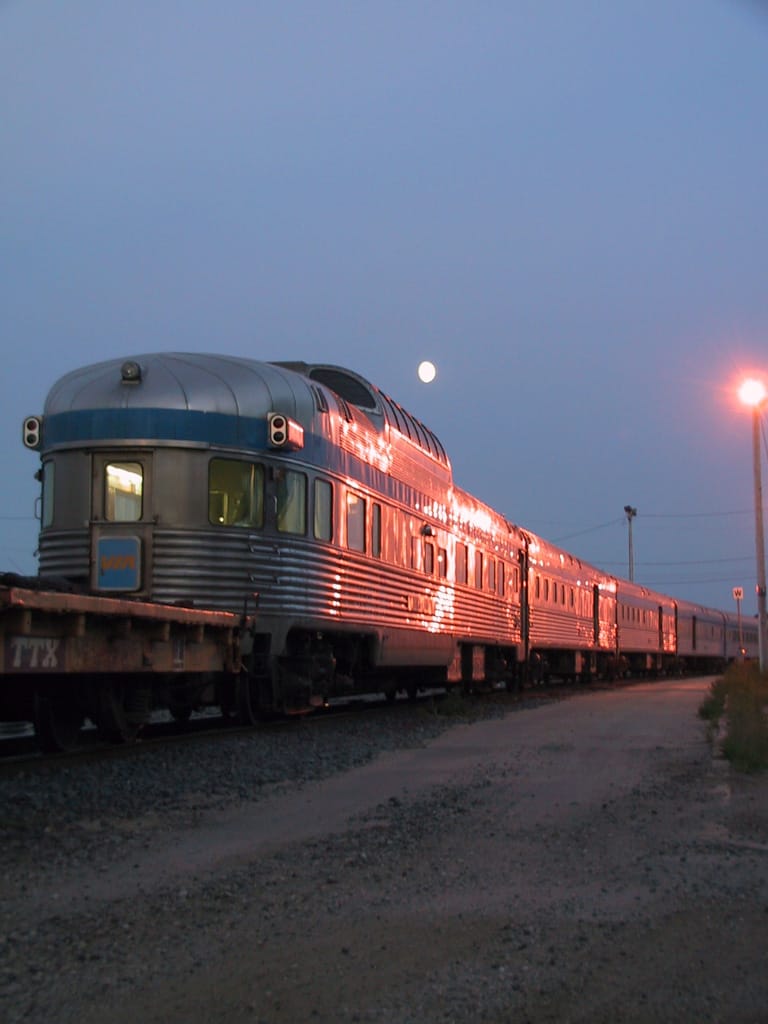