First order of the day was to move out of Joel and Michelle’s piano room. Although I greatly appreciate their hospitality, I do need to be with the rest of the CBC. The show starts tomorrow morning.

I dropped the car off at the Budget Rent-A-Car shortly after 9:00. The car was in the same shape I had received it, save for a few extra kilometres on the odometer. I cabbed it from there to the Lougheed Mall Skytrain station on the new Millennium Line (which opened for service yesterday). No sense in not taking a train when the possibility exists.

The trip on the new line would have been better had I been in the new cars, but they’re not as frequent as the old ones. But a train ride is rarely bad. Arriving at the Commercial stop, I disembarked and boarded an Expo Line train for the Granville station. From there, it was a 10 minute walk down to the Holiday Inn at the corner of Howe and Helmcken.

Holiday Inn was another important partner in the 50th anniversary celebrations with the CBC. They, too, are having their 50th birthday this year, and have supplied the CBC with hotel accommodations across Canada. For free.

This trip gets better each and every day.

I checked in, dumped off my things, and got to my second order of business: a shower. (Lugging all those things around is a fair bit of work.) Then it was time for the third thing I needed to attend to: lunch.

Every time I come to Vancouver, I have lunch with my friends from Radical. When I used to work there, I would listen to them talk about the projects over Chinese food. Now I listen to them talk about projects in code, so I won’t hear anything important. The code is sometimes so vague they even stump themselves. Inevitably I can piece things together, but I’m bound by an informal disclosure agreement, not to mention respect, not to talk about it. So don’t ask.

Following lunch, I bade farewell and headed towards False Creek Ferries. They’re my favourite means of transportation to Granville Island. (That, and I forgot about the trolley car.) Picture a bathtub roughly twice the normal size, with an inverted-T top. It’s small, it doesn’t move very fast, but it’s a graceful way to move around False Creek. 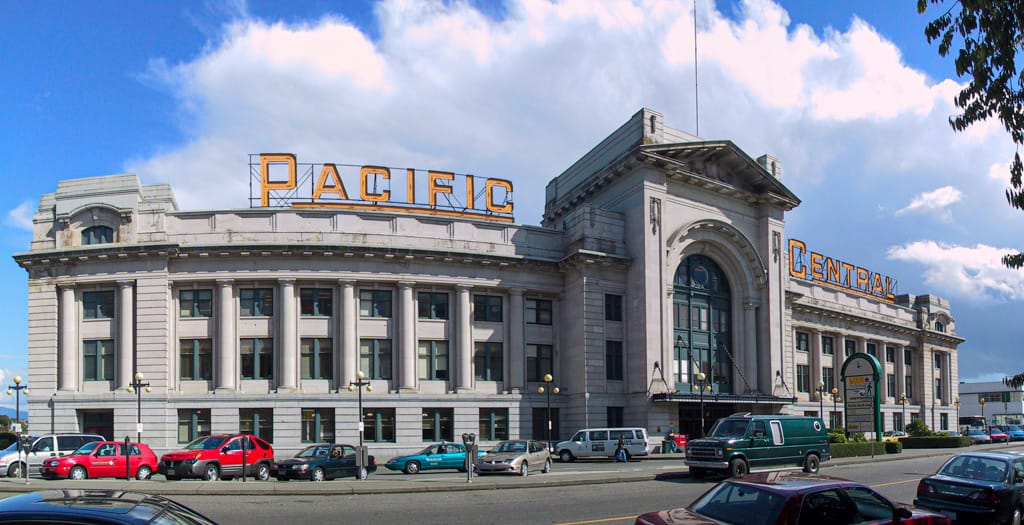 No matter how long I’m away from Vancouver, I always try to visit Granville Island. It’s by far my favourite place in the city. The smells of fresh fruit and vegetables and breads, the taste of fresh fish, the ambiance of a large community market, and the comfort of a friend. It’s always worth a side trip.

I had wanted to visit my friend Katrina during my False Creek excursion. (For those of you following the program, this is the same Katrina who had moved to California. Since then, she and her husband moved back to Vancouver, much to everyone’s delight.) Alas, I had forgotten her phone number in Calgary, and her cellular phone wasn’t on. We connected later in the day, but only by voice. We tried to make plans to get together that night, but Katrina had to pack for her trip east. Sadly, we will not meet again until later. 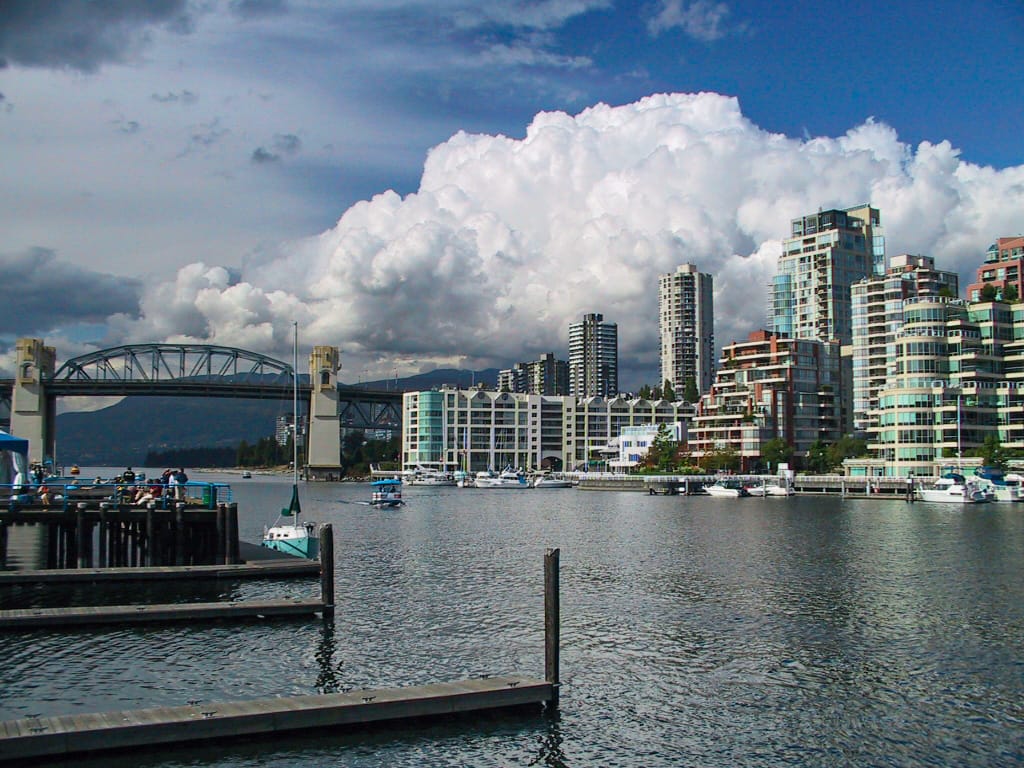 Dinner was with Lee and her boyfriend Matt. (You might remember Lee as my "Fearless Leader" from my days with the Rad Sox softball team.) We were later joined by Neall and his girlfriend Mel. We hoped for more, but in the end fewer people make for better conversation.

We started at a somewhat mediocre Indian restaurant just off Denman. My experiences with Indian cuisine on the West Coast are generally positive. This one was neutral. I wasn’t particularly thrilled, but I’ve had worse. We moved later to the Sylvia Hotel’s bar. Slightly on the tacky side, it’s also lightly travelled, and a place to spot the stars.

We would not have a late night. Though tempting, we all had to work the next day. I didn’t want to be late.