Today was much quieter than the previous two days ... if you don’t count two kids, that is.

After waking and spending a morning with Joel and Michelle’s family, Joel showed me his new pet project. Joel is working on an addition to the Microsoft Flight Simulator, called Squawkbox. It allows virtual pilots to communicate using voice (instead of chat) with virtual air traffic controllers. It also links pilots other pilots. The end result is a simulation that is eerily close to the real thing.

Joel even demonstrated the existing system. He prepared his flight from Boston. This required him to talk with the Air Traffic Controllers (ATCs) who "managed" Boston. There are two such people: Tower control, and Approach control. Although probably not even in the same city, these two people hand off control to each other, just as would happen in real life. For the end user, the experience is nothing short of completely engaging. I can see why Joel gets so excited when he talks about the system.

Following our virtual fly by of Boston, Joel took me to get a car. Joel and Michelle have been most kind to give me a place to stay. However, being so far out of town, it does require me to rent a car (public transit, though preferable, isn’t really an option). It’s not as bad as it sounds. I actually like having the car. It gives me more freedom.

The primary reason for the car was a local wedding reception for my friend Nigel. He’s an former coworker from Radical Entertainment (he’s still there ... I’m not). Nigel married his wife, Patricia, the day after my sister and in the adjacent town. [Insert singing and dancing dolls here.]

The party was held in Heritage Hall on Main St. in Vancouver. Until I was a couple of blocks away, I didn’t know the place. But as I turned onto Main St., suddenly I remembered. Nigel’s theatre group (Tempest in a Teacup) had put on a show in the basement that I’d seen a few years earlier.

Not many Radicalites were out, but those who did come still work there. I still miss the company, the people, and the excitement. In the last few months, I’ve been regretting more and more having left. While I really want to go back, I doubt there is little room for me in the organization. It was a really fun place to work, and despite the hurried schedules of releasing game, Radical had an energy that Critical Mass could never hope to have.

Greg and I had a long talk. It had been a long time since we’d seen each other, and we had much to discuss. (These journals don’t cover every detail of my life.) We chat very rarely, on account of how busy we are.

Within a couple of hours, most of the people I knew had filtered out. Those who remained were personable, having talked with several of them before the Radicalites arrived. But I was getting tired, and had an hour drive back to Joel’s.

I didn’t make it out of downtown. I tried to drive towards the east, but the lure of the city lights drew me downtown, and out to Stanley Park. An imposing feature at night (no lights inside the park), the edges offer some of the best shots of Vancouver at night. I was an hour late getting to bed. 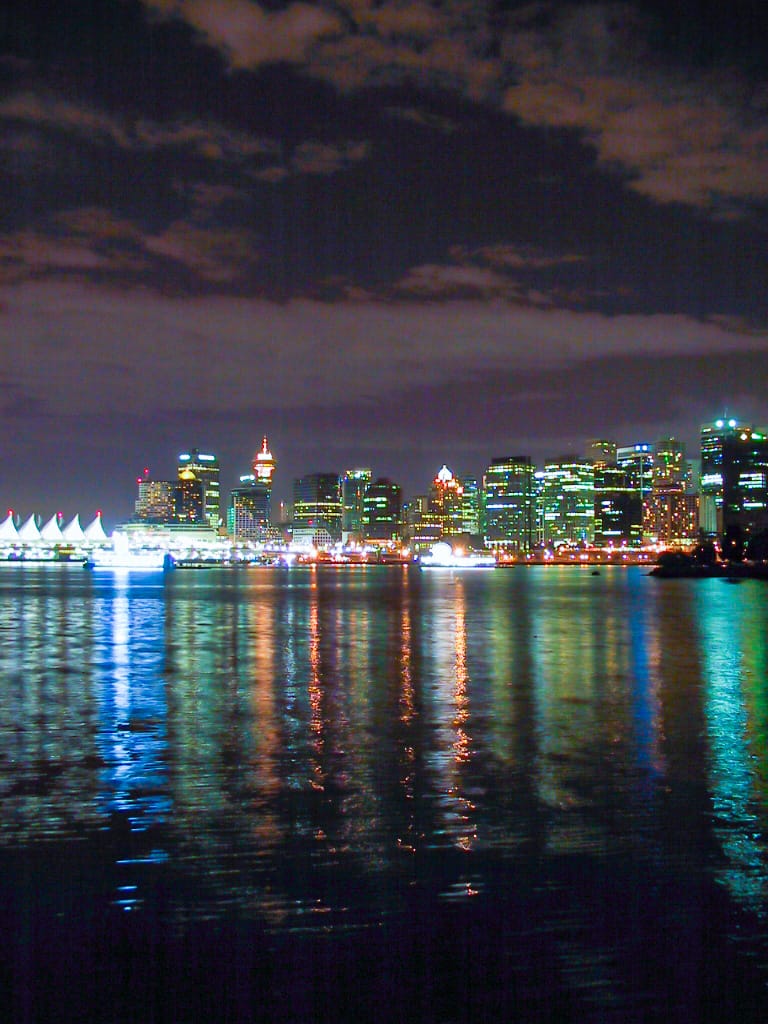