Five-thirty is an unfair time of the morning. Especially if your alarm clock wakes you in the middle of a really good dream.

This morning, I took a taxi to the BC Rail station and boarded the Cariboo Prospector. It’s a three-car Rail Diesel Car (RDC) passenger train that runs between Prince George and North Vancouver.

(An RDC, in case you’re wondering, is a self-propelled passenger car. They were developed in the 50s by the Budd Car Company as a means for simple passenger operation without the need for an extra locomotive. For a while, RDCs were a common site in North America. Now they are a dying breed. In Canada, only BC Rail and VIA still run RDCs, and only in three places: Victoria-Courteney on Vancouver Island (VIA), Sudbury-White River in Ontario (VIA), and Prince George-North Vancouver.)

This will be an important trip for me. Due to budget cuts at BC Rail, the Prospector will cease operations at the end of October. This is also true for BC Rail’s other services, the Pacific Starlight and the Whistler Northwind. The Royal Hudson service already met with an ignominious end when both 2860 and 3716 steam locomotives required maintenance. Their end came in 1999. (2860 is now on display at the West Coast Railway Association in Squamish. 3716 is stored unserviceable at BC Rail.) 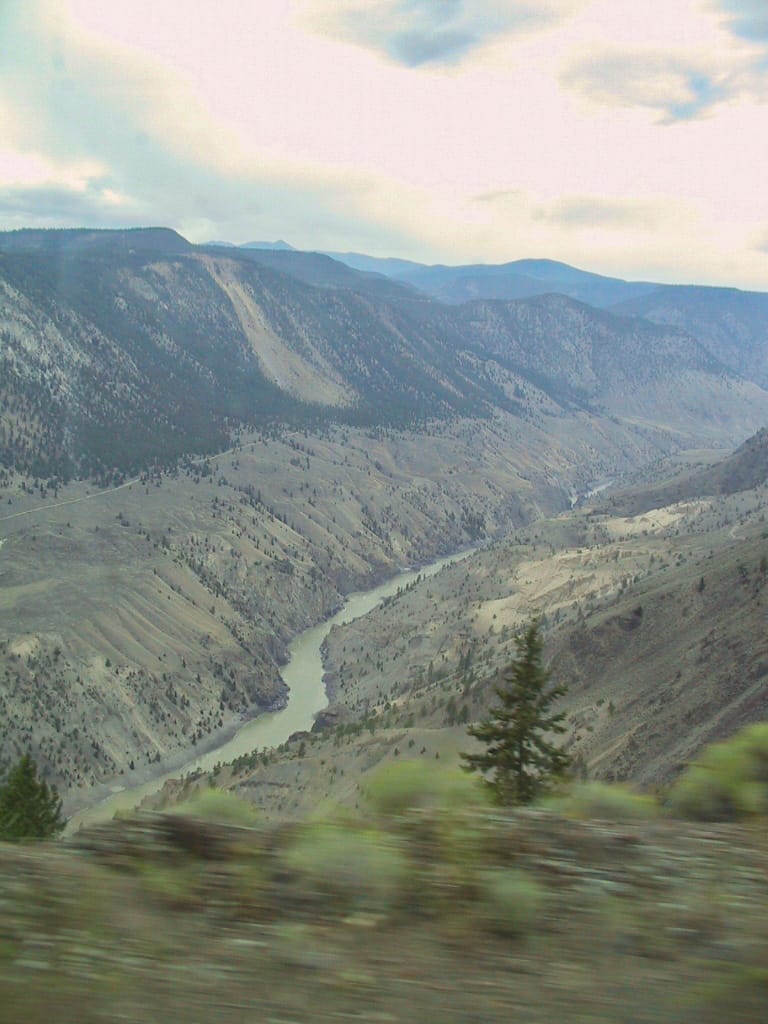 It is truly a shame that a service such as this would befall such a fate. While perhaps not the speediest form of transportation, it is very comfortable, and you simply can’t see this country any other way. And that’s not to count the necessity. There’s a native tribe just south of Lillooet that needs the service to get from Lillooet to their home. With the service ending, they needed to contract a shuttle with BC Rail. 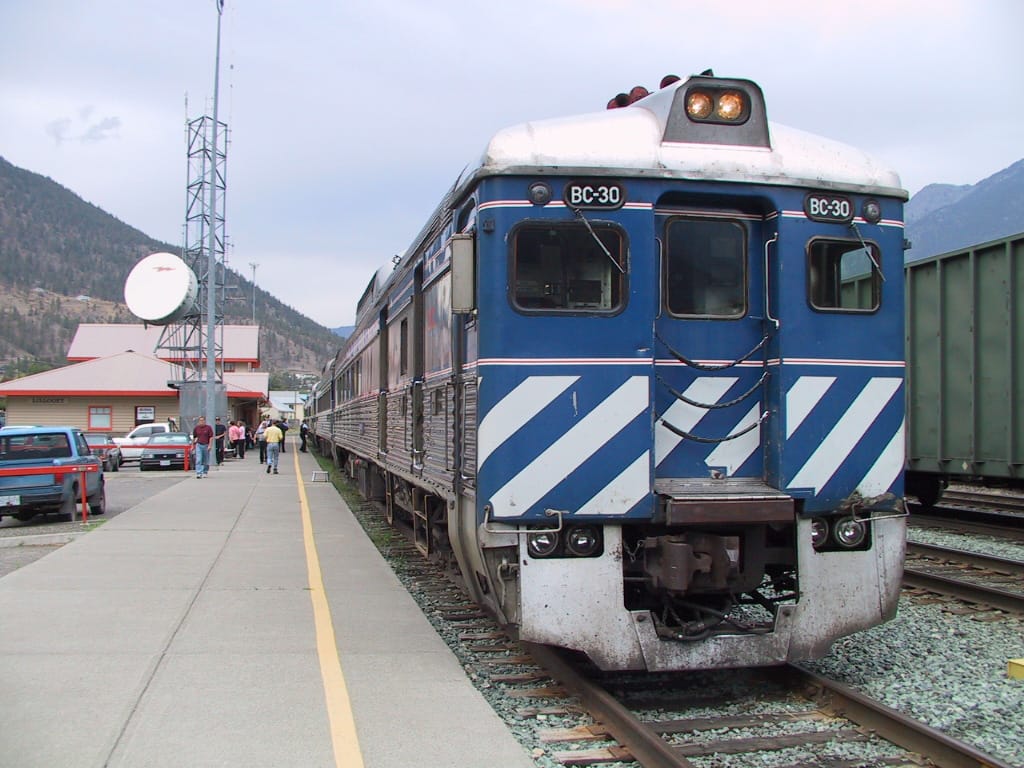 It’s a 15 hour trip from Prince George to North Vancouver. It’s not only a trip through some of the most beautiful country in Canada, but it’s also a test of endurance. If you can’t survive 15 hours on one day, how would you survive 33 days? 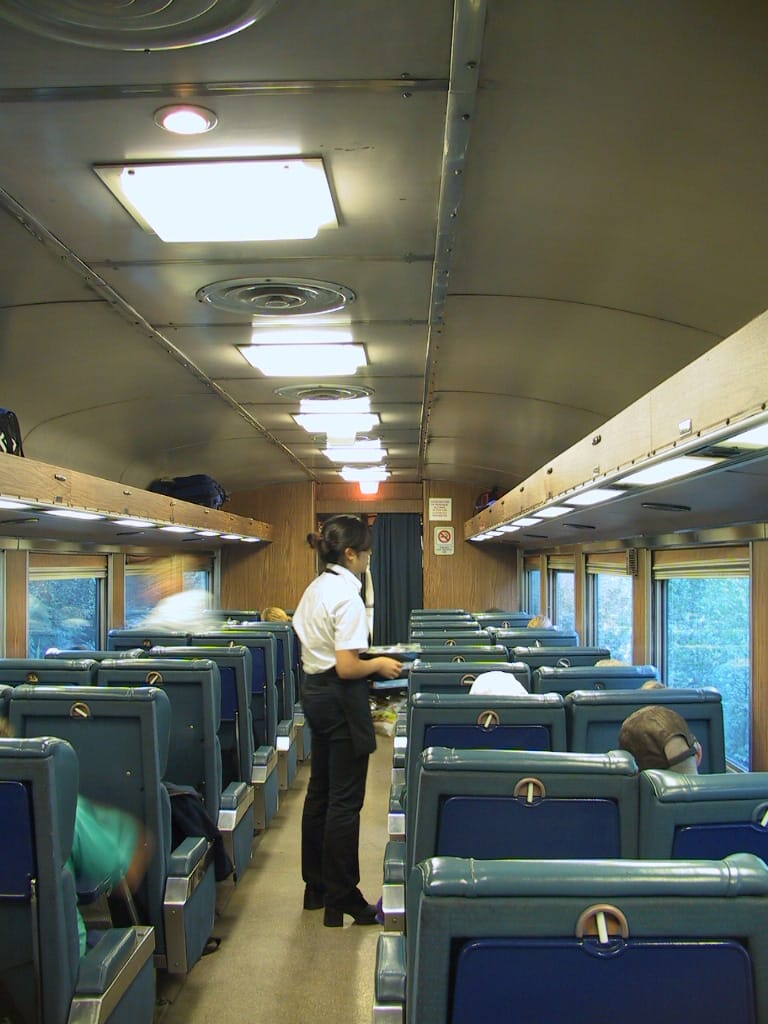 This was one day I was happy to endure. The weather wasn’t the most ideal, admittedly. That didn’t take away from the majesty of our natural ecosystems or of the sculpted terrain. Though the cloudy skies did bring an early night.

The trip is run as a partial tourist train. It was initially started to serve the countless little communities between the Lower Mainland and Prince George (most of them remnants from the Gold Rush). Either through evolution or through need, it soon became a partial tourist train. As the train rolls along, one of the train crew points out sights and tells some of the local history. The fact that you’re fed breakfast, lunch, and dinner as you ride is an added bonus.

The only real down side of the trip is that you’re confined to your car for the duration of the journey. You aren’t allowed between cars, and most of the stops are too brief to let people off. Between Lillooet and North Vancouver, there was only one stop of sufficient length for people to stretch their legs.

By the time we reached Whistler, it was darkening fast. Not far past the resort, you could barely make out silhouettes, let alone the colours or objects. The remainder of the ride to North Vancouver was quiet and uneventful. Once we entered sight of the Lions Gate Bridge, however, the lights of the night city were spectacular.

My friend Joel and his wife Michelle greeted me at the station. They had offered me refuge for a few days before I started with the CBC. Though they lived nearly an hour out of downtown, the need for rest and quiet were more than appealing enough. Fifteen hours of travel isn’t physically tiring, but it is draining.