Another summer has come and (almost) gone. Luckily, it wasn’t a summer spent indoors, stuck in front of my computer (as much as it might have actually felt like that). Given, I had hoped to get out more to places I hadn’t been before, but at least I got to a couple.

The weekend started with sleep. The past couple of weeks have been extremely tiring, and I needed the Saturday to sleep. I rose with ample time to get ready to go outside ... to go see a movie.

Yeah, I know, with all the trouble I went through to get out of the office, you’d think I’d be trying to go somewhere and be one with nature. Well, there’s plenty of time for that — it’s not every day you can catch a running of "Raiders of the Lost Ark" in a theatre.

It was an original print — 20 years old. The colour had faded slightly, the sound and picture was a little scratchy, and even a few scenes were missing. But even with the flaws, you would have had a hard time trying to remove the grin from my face. I hadn’t felt that good seeing a matinee since I was a teenager.

I also realized for the first time that there was such a thing as a "modern classic" film. I had a concern for many years that there would never been a true "classic" film made during my lifetime. Sure, there would be the big budget Hollywood blockbusters, which are all fine and dandy to watch once in a while, but are generally fluff. As I watched "Raiders", I came the realization that it was possible. It sounds a little weird to notice something like that, but for some reason, it suddenly made the movie all the better. And seeing it without all the digital processing made it seem even more real.

The day barely half-over, I opted to go for a walk after the movie. I wound my way down to 17th Avenue, where a good portion of Calgary’s downtown life normally resides. I say "normally" because it wasn’t there that day. Calgary Public Works had cut off traffic from 3rd Street to 8th Street so they could repave. The area was close to dead.

Which means perfect for shopping.

Okay, so I wasn’t really looking for anything in particular. But when Blockbuster starts selling off their used movies at rock-bottom prices, well, it’s kinda hard to resist. And it didn’t hurt that I finally found the perfect cheese shop — no Kraft, thank you. The most mass-produced cheese they had was from Balderson’s, which as far as I’m concerned is premium.

On Sunday, I made the attempt to go to Warden to work on 6060. Although I arrived a little late (9:15), no-one was there to greet me. I had been somewhat concerned that no-one would be there. Normally, they call me and let me know if no-one will be there. Having received no such call, I figured I was safe. Dopey me.

Waiting around until 10:00, I decided I was on my own, and headed off in search of something I hadn’t seen before. There’s a lot of prairie out here, and a lot to see. One example: Rowley. It’s a very small little town (population: about 10, including the dog I saw wandering down the road) nestled in the middle of nowhere. It used to have a rail line (the same one that runs from Stettler to Big Valley, before CN ripped up the rest of the line that ran all the way down to Drumheller), but now has only a railway station, three grain elevators (none in use) and some old, empty buildings. 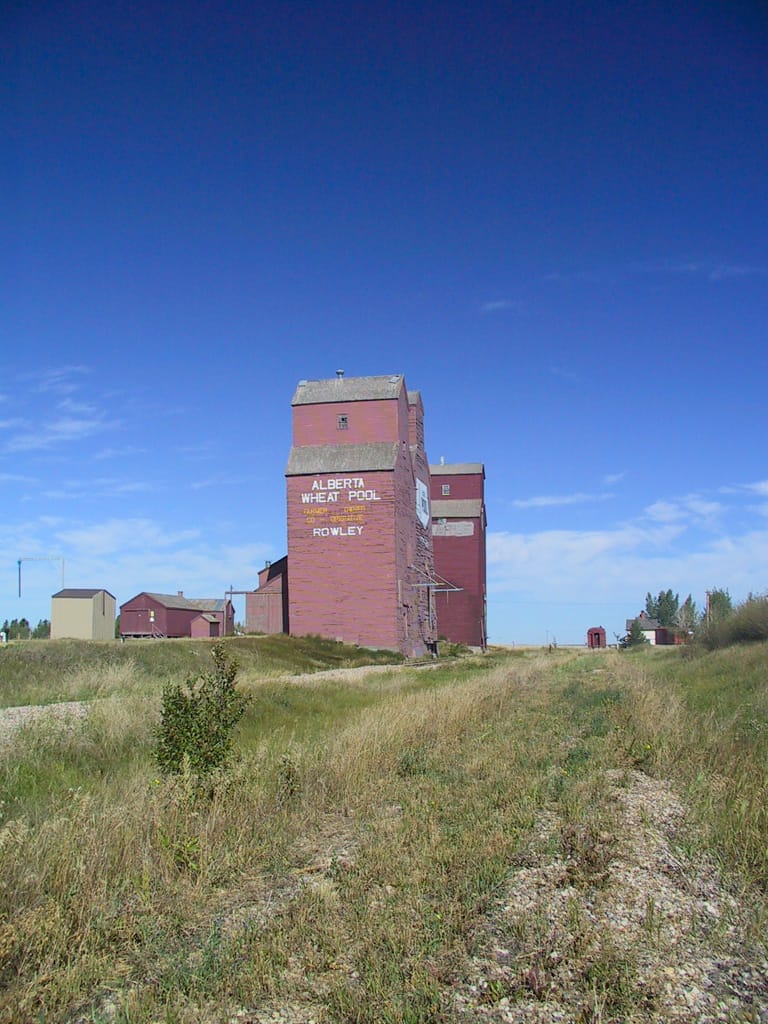 I continued down through Drumheller, and out to Horseshoe Canyon. Usually, you can wander through without seeing too many people. But on this long weekend, it was packed. (The campgrounds west of Calgary and south of the TransCanada highway were closed for fire hazard, so people had to find something else to do.) I didn’t hang around too long. I zig-zagged the rest of my way across the plains until I got home, around 3:00 that afternoon. 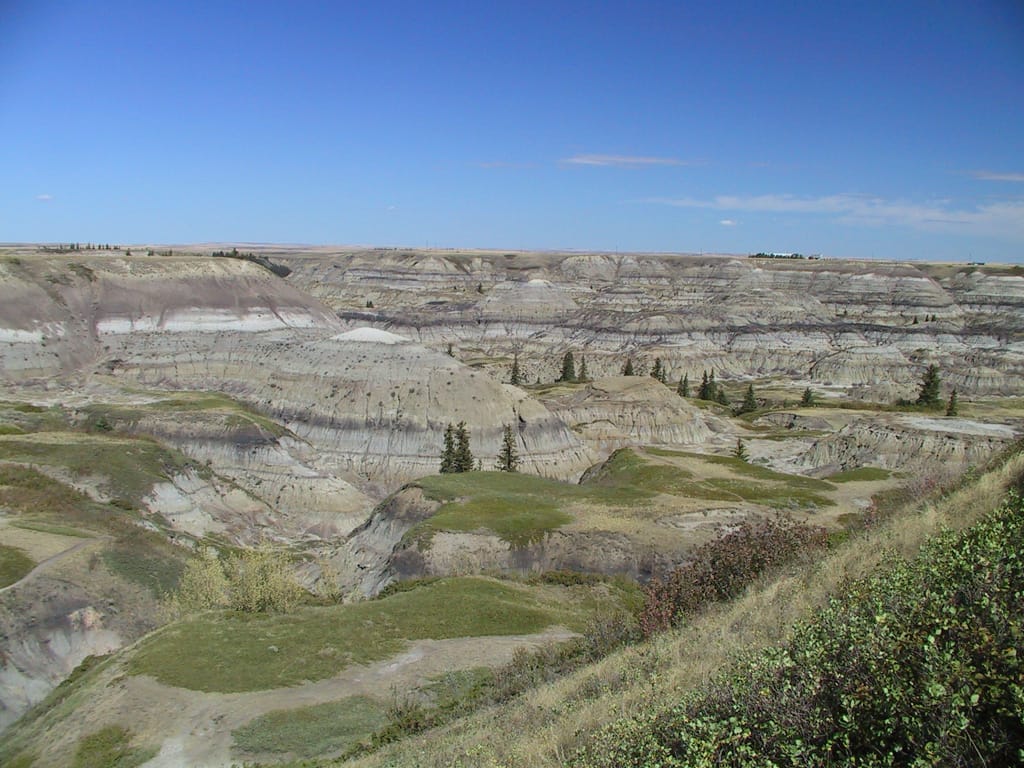 On Monday, we met up with Stuart, Therese, and Geoff. Geoff is one of Therese’s classmates who had just returned from a year in the States on a practicum. We celebrated with the best thing going — dim sum, of course. It was an extra long one for us — nearly two hours.

Following our repast, we followed the two general rituals: Buying candy in the mall next door, and then shopping. We started off on 17th Avenue, but eventually ended up at Chinook Centre to continue the spree. Oddly enough, I was pretty much the only one who bought anything. (Usually, it’s the other way around.)

That evening, I spent my last few hours of summerly freedom wandering around in the dying light, taking pictures of Calgarians trying to get their last good burst of summer.

Good thing, too. It was 3 degrees this morning.